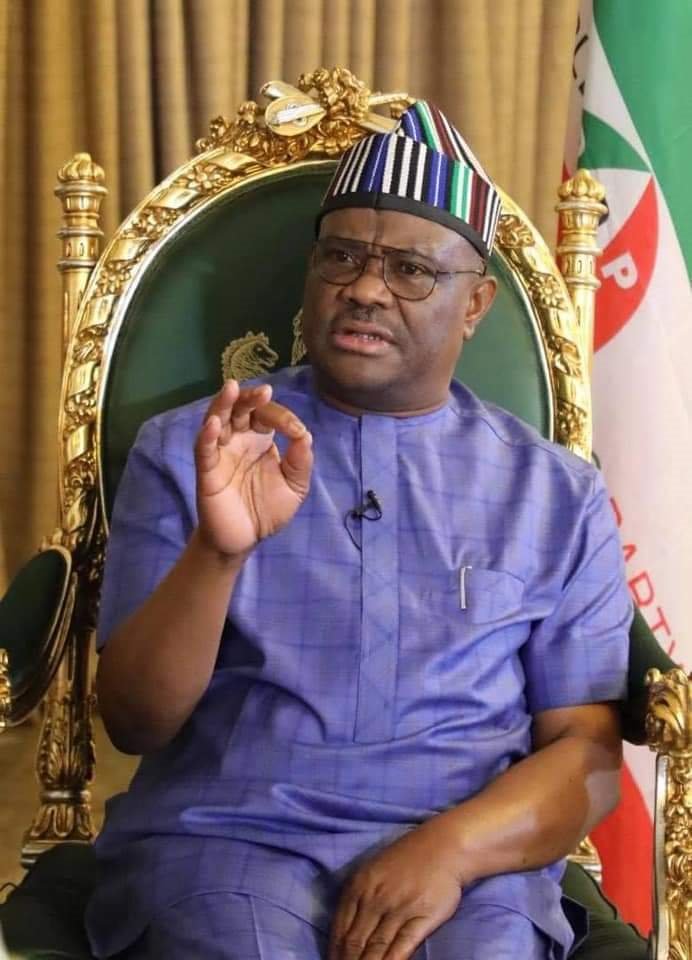 Wike Should Partner with FG For The Growth Of Rivers-APC

The Rivers State chapter of the All Progressives Congress (APC) has challenged Governor Nyesom Wike to partner with the Federal Government drivers of national policy and major industry players in order to strategically reposition the state.

The party, in a statement by its spokesman, Chief Ogbonna Nwuke, said there is no justification for the state government to remain antagonistic towards attempts by the Federal Government to stimulate the economy of the state which is central to the development of the oil and gas industry.

“We are pleased with the decision of the Federal Government to embark on the construction of Train 7 which was stifled by an administration in which Governor Nyesom Wike served as minister.

“That administration, which had Wike as a cabinet member, took away oil wells belonging to Rivers State and officially whittled down its earning power as a frontline oil producing state.

“President Muhammadu Buhari, who was presented as an enemy of the Rivers people, has restored the pride of place of the Rivers State in the oil and gas sector by embarking on the construction of Train 7 in Bonny.

“Recall that Wike had supported the relocation of the gas project to Brass despite the immense advantages in locating the investment in Bonny. And his body language since he became governor shows he does not want any federal presence in the state for selfish political reasons.

“Already, the Federal Government is bent on building a new deep seaport, a rail varsity, an industrial railway park and the Port Harcourt-Maiduguri rail line.

“Train 7 would gulp $10 billion dollars to construct. It would create 52, 000 jobs. That number of jobs which would benefit Rivers people directly is incredible.

“Comparatively, that number of jobs is more than the number of jobs offered by the Rivers State Civil Service which has between 45, 000 and 50, 000 workers.

“Yet, Governor Nyesom Wike did not think it necessary when it mattered most to protect the interest of the Rivers people by participating in the ground breaking ceremony of Train 7 which took place under his nose.

“Flyovers may help beautify a state, possibly reduce traffic jams in the capital, but they are not, in the main, drivers of sound investments which transform lives and create decent jobs.

“Sound economic investments are drawn down through constructive engagement with major stakeholders in the econony; through a balanced vision and a business plan which captures the aspirations of a people in the short and long term.

“Incidentally, this is not what we have in Rivers State where one man’s ambition to dominate the centre stage has been launched far ahead of the interest of the entire Rivers people.

“So, a man’s perceived adversaries are made to appear as enemies of the Rivers State, no matter how good their intention for Rivers people may be

“Wike was not elected to visit the president. For us, he displays a high dose of ignorance when he says that. Wike ought to realise that he was elected to engage constructively with all major actors, including the federal authorities in pursuit of Rivers interests.

“The governor must therefore understand that the Rivers State cannot exist alone. Rivers interests are accordingly greater than the interest of an individual.

“If he cannot pursue the interest of the Rivers people in an all-inclusive and sustainable manner, Wike should not constitute a stumbling bloc to those who are labouring to ensure that Rivers people also benefit from the centre,” the statement read.