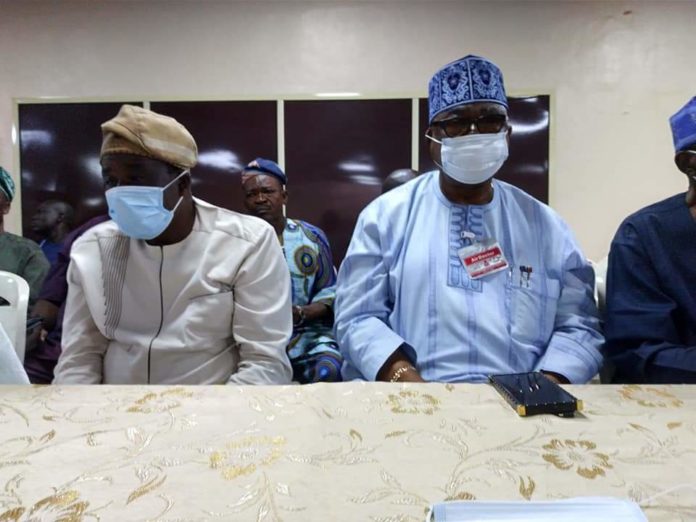 United Oyo APC Is A Threat To PDP-Alao-Akala

A former governor of Oyo State, Chief Adebayo Alao-Akala, has declared that a united All Progressives Party (APC) has become the greatest threat to the ruling Peoples Democratic Party (PDP) in the state.

He made the declaration while speaking at the Oyo APC stakeholders’ meeting held at Lafia Hotel, Apata, Ibadan, ahead of the party’s congress scheduled to commence in the third week of July.

Alao-Akala, who is also the chairman, Oyo APC Elders Advisory Council, however, admonished all stakeholders to ensure a crisis-free congress and urged party members to guide against infiltration from other political parties.

He vowed that the APC will do everything possible to win forthcoming elections in the state, declaring; “Those in government now have failed. That is why people a trooping to join the APC en mass.”

The former governor appealed to leaders of the party to go back to their various wards to strategise, alleging that the agenda of the PDP is to throw spanners of confusion into the scheme of things within the Oyo APC.

He, however, declared that the ruling party has been rattled by what he described as the political deft moves of the main opposition party in the state. 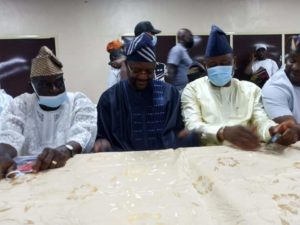 “I can tell you categorically that we have become a major threat to the PDP in Oyo State. There is serious confusion among them and within the party.

“Our unity has become an headache to them. They never expected us to come together and form a formidable force that we all see today.

“Take for example the local government meeting of the APC in Ibadan North Local Government Area; it caught them unawares. The turn out was super impressive.

“Go to Atisbo Local Government Area in Oke Ogun area of the state, it is the same success story. The report of our registration exercise, which is still ongoing, is another success story.

“With all these and many more successes too numerous to mention, it behoves on us to be mindful of our actions at every given time. We cannot afford to jeopardise this fragile opportunity we have at hand.

“The PDP is seriously rattled by our deft political moves. They plan to infiltrate our camp. They want to distabilise us. They plan to use every available opportunity to turn the table against us, but we must not allow them.

“We should eschew violence and discord in the forthcoming congresses. We should allow a level-playing ground in choosing who will steer the ship of the party as executives.

“Look at the array of worthy leaders we parade within the rank of our party. It shows we are the party to beat come 2023. We are the main headache and concern of the PDP, hence we should be guided. We should not bungle this opportunity,” Alao-Akala said. 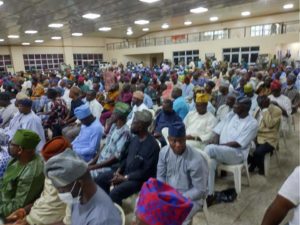 Speaking further, the former governor called on women in the party to come out and vie for both party positions and elective positions, noting that Oyo APC would give priority to the female agenda.

“Don’t shy away and don’t feel intimidated. The party is ready to accommodate you and encourage your inclusion he declared,” he said.

Also speaking at the meeting, Oyo APC chairman, Chief Akin Oke, warned party leaders to sink their differences, saying that is the only way the party can end the administration of Governor Seyi Makinde in 2023.

He warned that only a united APC can win election in Oyo State and therefore directed all leaders to go back and ensure that formidable party executives evolve in all wards without rancour.

Following a motion by former Minister of Communications, Barrister Bayo Shittu, and applauded by all present, the meeting directed that leaders should go back to their wards for further action. 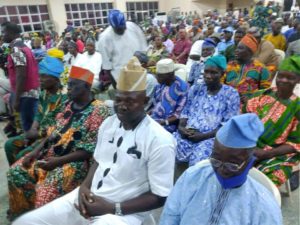