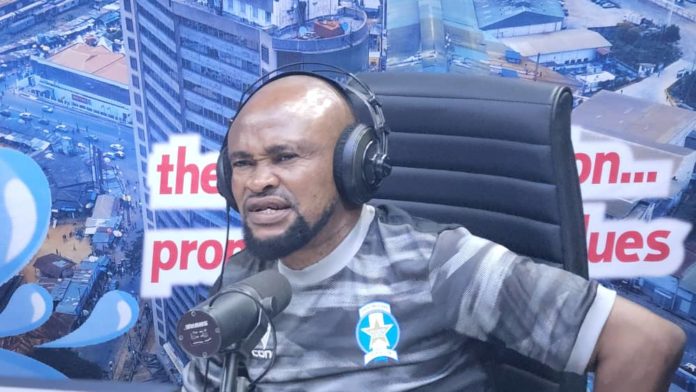 Acting General Manager of the Shooting Stars Sports Club (3SC) Ibadan, Dimeji Lawal, has revealed that there are mysteries and mystics In African football.

The former Super Eagles’ star also disclosed that African football, as it is, should be seen far beyond the 22 players seen on the field during football matches.

Dimeji Lawal made the disclosures, on Tuesday, while featuring on a weekly radio show, ‘Parrot Xtra/Ayekooto on Radio’, anchored by Olayinka Agboola.

He said: “I think apart from these, corruption is one of the greatest problems affecting football and sports administration in Africa and this is even affecting our league. All these can only improve when we change our mindset.”

He further stated that the ultimate aim of the 3SC is to grab continental ticket and denied the notion that the team is focused on not being relegated to the Nigeria National League (NNL).

Speaking on the current position of the club, the ex-international said: “I feel relaxed and better. The energy we bring into it is already yielding results.

“When people complain of the poor performances of the team, I took it upon myself to discuss with the coaching crew and they always assured me that things would get better.”

Lawal said football is a process and does not require haphazard approach, adding: “We are just a new team in NPFL. We need to understand the terrain and build a team that can compete globally.

“There is a big difference between the NNL and the NPFL. It took Manchester City, under Pep Guardiola, some time before the club started competing globally with top clubs.

“In this part of the world, we are used to fire brigade approach and, in football, there are three results which include draw, loss or win.

“We want people to support us at all times; we are investing our energies to win at all times and our aim is to get a continental ticket and not to get relegated.”

Lawal appealed to the governor of Oyo State, Engineer Seyi Makinde, not to renege on his promise to the team and also called for more support from interested individuals and stakeholders.