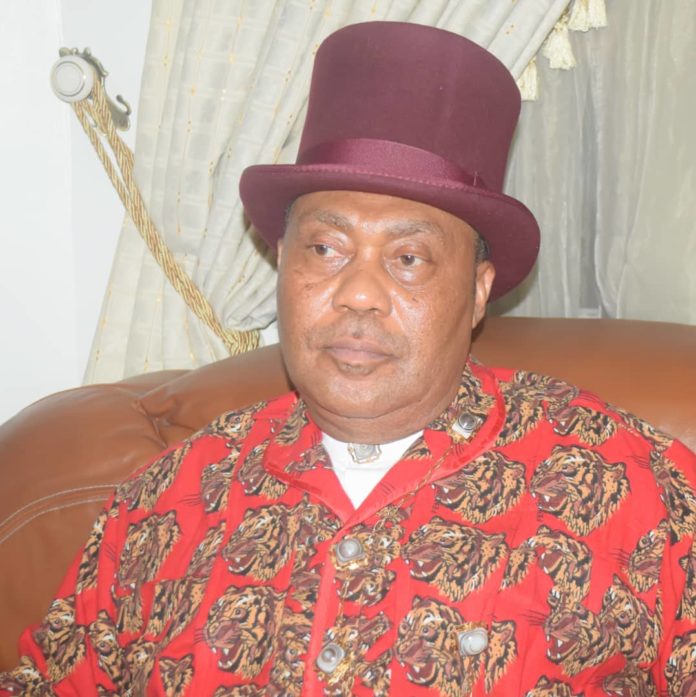 Recent political developments in Rivers State, particularly that concerning the arrest and trial of Hon. Farah Dagogo (a member of the House of Representatives), followed by the issuance of a 48-hour ultimatum for his release made to Gov Nyesom Wike by the Ijaw National Congress (INC) and subsequent reaction by the governor, has once again drawn the attention of Ijaws and non-Ijaws to whether it is expedient and appropriate for those at the helm of leadership of Ijaw Nation to politicize every issue that develops in the region.

Current demographics rank the Ijaws as the fourth largest tribe in Nigeria, after Hausa/Fulani, Yoruba and Igbo. Apart from Bayelsa State which is inhabited by only the Ijaws, in Rivers, Delta, Ondo and Akwa Ibom, the Ijaws are in minority compared to other ethnic groups that dominate those states.

These demographics suggest that the Ijaws should exhibit the highest level of sophistication in political engagement to jealously project and protect the Ijaw national heritage and interest, rather than by kneejerk and pedestrian saber-rattling, rabble-rousing and needless posturing.

It is saddening that despite the sensible path beaten by forefathers of the Ijaw nation in navigating through the difficult labyrinth of political web that led to the modest achievement the Ijaw Nation and its people have recorded so far, the present generation seems to have jettisoned reason and careful calculation and, instead resort, every now and then, to incoherent, tactically and strategically deficient approach to statecraft.

A lofty example of how past leaders of Ijaw Nation responsibly engaged with other ethnic groups in Rivers State is at the advent of the Fourth Republic in 1999. The Peoples Democratic Party (PDP) was undeniably the foremost political party then and closely followed by the All Peoples Party (APP).

The PDP leadership in Rivers State was in the firm hands of leading politicians of Ijaw extraction such as late Chief Marshall Harry, late Chief A.K. Dikibo, late Alabo Tonye Graham-Douglas and Chief Albert Horsfall, among others.

Despite that another Ijaw son, Chief Isokariari, was seeking to rule the state on the platform of APP, these Ijaw leaders voluntarily ceded power to the upland by supporting Dr. Peter Odili to become the governor of Rivers State in 1999.

They did so because, with the earlier creation of Bayelsa State out of the old Rivers State, the old dominance by Ijaw riverine people on the politics of the state had been compromised or altered. They were faced with either willingly ceding power to the upland or losing it electorally. They chose the first option. It was a smart and pragmatic political thinking.

Truth must be told that, in the present power configuration of Nigeria, no ethnic group (including the Ijaw Nation) can successfully go it alone politically.

Without considerable presence in the South-South, South-West and South-East, the Hausa/Fulani-dominated National Party of Nigeria (NPN) would not have won and dominated political power from 1979 to 31 December, 1983 when the government was overthrown by the military.

After the debacle of June 12 and the ensuing interregnum that followed, it took the active involvement of leaders of Hausa/Fulani extraction for a Yoruba, Olusegun Obasanjo, to climb the saddle as a democratically elected president on May 29, 1999.

Which way forward for the Ijaw nation?

It is time for the leaders of Ijaw Nation to do a deep retrospection and reflection with a view to separating politics from other issues in order not to continue to mislead Ijaw people.

For instance, the greatest tragedy that will befall Ijaw people will be to mix politics with issues that require legal resolution. Ijaw leaders must separate them and not see such through the prism of politics.

That is the only way we can collectively isolate perpetrators of illegality and put them away from descent society to enable the inflow of investments which will subsequently lead to economic development and the ultimate upliftment of our people’s standard of living.

A bit more reflection reveals that no president in Nigeria has done more for his people while in office. Many may blame the faulty political structure of the country for this trend but the truth remains that President Obasanjo ruled Nigeria as a civilian president for eight years with no significant benefit to Ogun State where he hails from; not even the Lagos-Ibadan Expressway got any significant attention.

Same for when an Ijaw son, President Goodluck Jonathan, called the shots for over five years as president. The East/West Road and the much expected NLNG Train 7, for example, never got any boost.

No one can completely dismiss the agitation for political leadership by Ijaw ethnic group or any other group for that matter. But what cannot be denied is that such leadership, even when achieved, only panders to the people’s emotion and not in terms of concrete achievements.

Ijaw Nation can only ask and get its fair share in the larger Nigerian nation when we cooperate and support other ethnic groups. We must discard the selfish mindset that everything must come to us at all times.

If we fail, refuse or neglect to support others, whether in politics, economy and other spheres, we indirectly relinquish our moral right to demand for what should be ours when our time comes.

The youths of Ijaw Nation must retrace their steps and adopt the moral high ground and sophistication in political engineering that saw our forefathers excel and triumph over adversaries and surmount intractable obstacles both as individuals and as a group.

Ijaw youths must de-emphasize warmongering as a political tool but engage and work with others to achieve the short and long term objectives and aspirations of the Ijaw Nation within the Nigerian political environment.

The Agony Of Monogamy