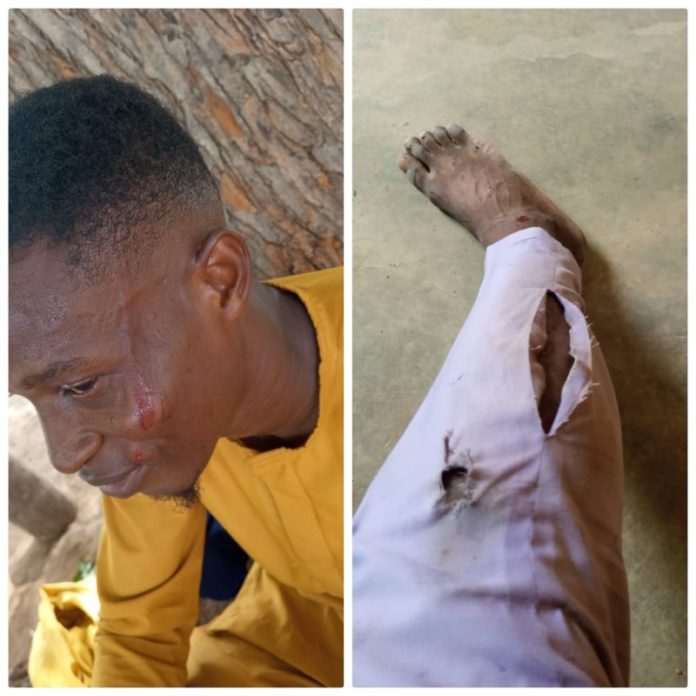 Advertisement
Outgoing National Council of the Federation of Oyo State Students’ Union (FOSSU) has accused Victor Olojede, the Special Assistant (Students’ Affairs) to Governor Seyi Makinde, of aborting the union’s national convention.
FOSSU, in a press release, dated 9 April, 2022, also alleged that Olojede was the brain behind the violence that ensued during the convention, held at Igboora on 26 March, 2022.
Reacting however, the governor’s aide said the convention, indeed, held, adding that a new national executive of FOSSU was elected and was duly recognised by all stakeholders involved in the process of the election.
Olojede also absolved himself of any complicity in the violence that erupted during the convention, stating that he was not a supporter of any of the factions that contested the election.
Outgoing FOSSU National Administration, in the release said the convention, held at the Oyo State College of Agriculture, Igboora, was not conclusive and therefore demanded for a free, fair and credible transition.
The union, in the release signed by its outgoing President, Comrade Azeez Muritala (Olowoeko) and Senate President Ajadi Isaac Oluwaseun, accused the governor’s aide of influencing the election of the FOSSU leadership.
“All mechanism to ensure that they deliver their imposed candidate were deployed to the convention ground. Legitimate students were beaten, threatened and denied entry to the convention ground.
“There was an attempt to arrest the electoral chairman to conduct election under duress, which was later resisted,” it was stated in the release.
The FOSSU leadership described the violence that erupted at the convention ground as a show of shame and warned the governor’s aide to desist from any act that is capable of disrupting the peaceful co-existence among the student populace in the state.
“No one advices you not to have your preferred candidate in the election. But intimidating and beating up students at the election is against the tradition of the union, common sense and the Nigerian Constitution,” the release stated.
The FOSSU leadership also demanded for a fresh convention to elect a new national executive for the union and urged its members to disregard any results being bandied about to that effect.
However, the governor’s aide, Victor Olojede, denied all the allegations, saying the state government was neutral in the course of the election of the union
He added that, contrary to the claim that the convention was aborted, election held and a new leadership of FOSSU was elected and it has been duly recognised and congratulated by all the five zones involved.
According to him, being the SA (Students’ Affairs) to the Governor, his office was duly informed about the decision of the FOSSU to hold its national convention to produce a new executive for the union.
He said adequate security measures were taken as officers and men of the DSS, Police, Army, Civil Defence and OPC team were on ground at the venue of the election to ensure the protection of lives and property.
“All the five zones that made up the national executive of FOSSU- Ibadan, Oyo, Oke Ogun, Ibarapa and Ogbomoso- were resolute that the election must hold.
“We knew that there would be crisis because all the zones virtually have one faction or the other. During accreditation, factional issue concerning Ogbomoso zone was resolved.
“The chairmanship was zoned to Oyo Zone and the out-gone chairman said the election would hold. But he later said he wanted to resign and hand over to the second most senior person in the exco, being the secretary. But he was persuaded to let the election hold,” he said.
Oloyede also absolved himself of any involvement in the violence that occured at the venue of the election, adding that it was a sad development.
“I saw the videos of the violence but it is wrong for anybody to link me with it. I am in no way involved. I am not happy with the ugly incident, but that is what they have turned students’ unionism into.
“It is wrong of them to be accusing me of taking sides. It is also very wrong of them to say the election was aborted. To the contrary, election was held and all delegates agreed with the outcome.
“Out of the nine electoral members for the election, six of them signed the result and they issued a communique to that effect. The zonal president of each zone also agreed that there was an election.
“However, I am not surprised about the accusation. When things didn’t work out well with them, they will bring up such an accusation. But the truth is that I am not in any way involved in the whole matter. I don’t have issues with anybody.
“After the election was conducted, the police officer who came to witness the election signed the result. The same with the CSO of the school used, the OPC team, DSS team and members of the Civil Defence. The reports are all there at the Igboora Divisional Police Headquarters.
“Out of the five zones involved, four of them immediately wrote congratulatory messages to the new exco. Even the remaining one has acknowledged the new leadership of FOSSU.
“As the SA Students’ Affairs, I will only appeal to all those involved to take the result of the election in good faith. We are open to honest and discussions on issues affecting FOSSU.
“That the election didn’t not go your way does not mean that you should close your eyes to the truth. As young generation of leaders, we have to be honest and truthful always,” he said.
Advertisement