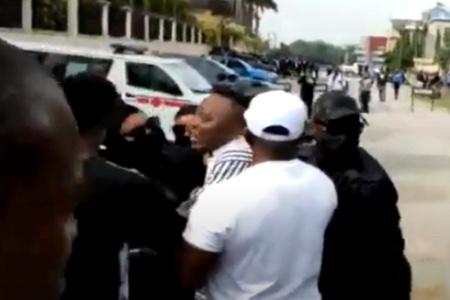 Sahara Reporters Publisher, Omoyele Sowore, was attacked by suspected hoodlums at the premises of the Federal High Court in Abuja during the trial of the leader of the proscribed Indigenous People of Biafra (IPOB), Nnamdi Kanu.

Sowore, who was denied access into the court by the security operatives while the trial was on, was speaking to the security men when some boys, said to be about 20, attacked him.

The suspected hoodlums had a field day as they descended on Sowore, slapping and punching him, as the security agents kept quiet and reportedly did not intervene while he was being attacked.

It was learnt that the assault only stopped after some people present shouted and the hoodlums left without any of them apprehended by the security agents. 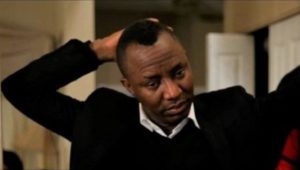 Sowore, speaking before the attack, said: “A court room is not complete except people are there to witness proceedings. I want to sit right in front of the judge and witness it all.

“They have assured us that Kanu will get justice. He is my friend and I should be here. But the security agencies are still not allowing me in.”

After the situation with the hoodlums, the security operatives got hostile and attacked everyone, just as they pushed and hit some reporters with sticks.

The harassment of the journalists continued as the security operatives remained hostile, even after the newsmen had identified themselves.

Police Have No Right To Check Vehicle Particulars, Phone-Lagos CP