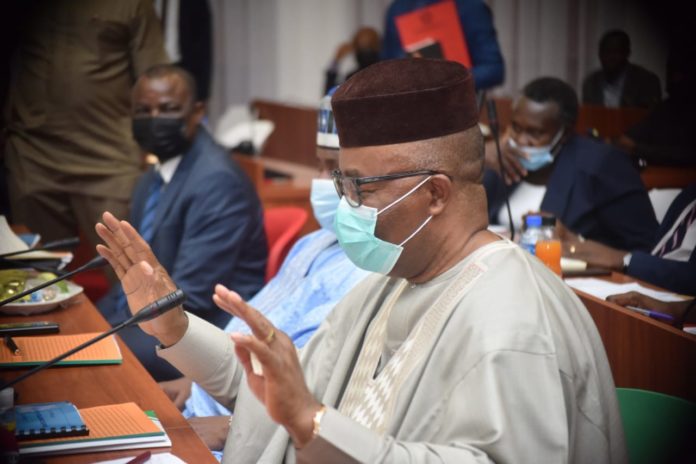 The Senate, on Thursday, demanded better funding for the Niger Delta Affairs Ministry, in order to sustain the current peace being enjoyed in the region.

Speaking, Senator James Manager said the budget allocated to the ministry in 2021 and 2022 was too meagre to achieve anything meaningful in the region, advising that everything possible to sustain the current peace in the region must be encouraged.

“The ministry’s budget is too small to sustain the current peace we are enjoying in the region. It is the zone that keeps the economy of this country moving.

“The Niger Delta Region is the most peaceful and to keep that peace, something drastic must be done for the budget of the ministry,” he said.

Similarly, another member of the Senate Committee, Senator George Sekibo, questioned why roads, with no economic relevance should be given more attention than the East-West Road which carries the economic burden of the nation.

Senator Sekibo said: Let us address the issue of the East-West Road squarely, as we do to other roads. We are not being fair to the region.

“We know you as a former governor and former Minority Leader of the Senate and we believe you are capable of handling this East-West Road. We cannot blame you for the present state of that road, but we have to do something about the budget of the ministry.”

Earlier in his presentation, the Minister of Niger Delta Affairs, Senator Godswill Akpabio, said: “The preparation of the ministry’s budget was conceived in line with the Federal Government 2022 Budget of Economic Growth and Sustainability, which seeks to reposition the Nigerian economy on the path of growth and resilience.”

The minister further stated that the ministry also sought to allocate its scares resources in accordance with government priorities.

He said “the draft budget further complied with the 2022 Budget Call Circular, which directed that MDAs should accord priority to ongoing projects, especially those nearing completion that fit into the government’s current priorities and will have direct impact on the people of the Niger Delta Region.”

“The 2022 budgetary allocation in the sum of N26,592,560,040 is however considered meagre and significantly inadequate in the face of the mandate and goals of the Ministry to meet the yearnings and aspirations of the people.

“The impact of COVID-19 pandemic has further necessitated the intervention of the ministry to ameliorate the infrastructure and human capital development of the people of the region.”

Akpabio further disclosed that the dwindling budgetary allocation to the ministry has necessitated the need for budgetary increase.

He said: ” Mr Chairman, distinguish members, arising from the dwindling budgetary allocation and the increasing level of outstanding liabilities, we wish to solicit for additional funding and your support to enable the ministry deliver on Mr President and the administration’s mandate for the Niger Delta Region.”