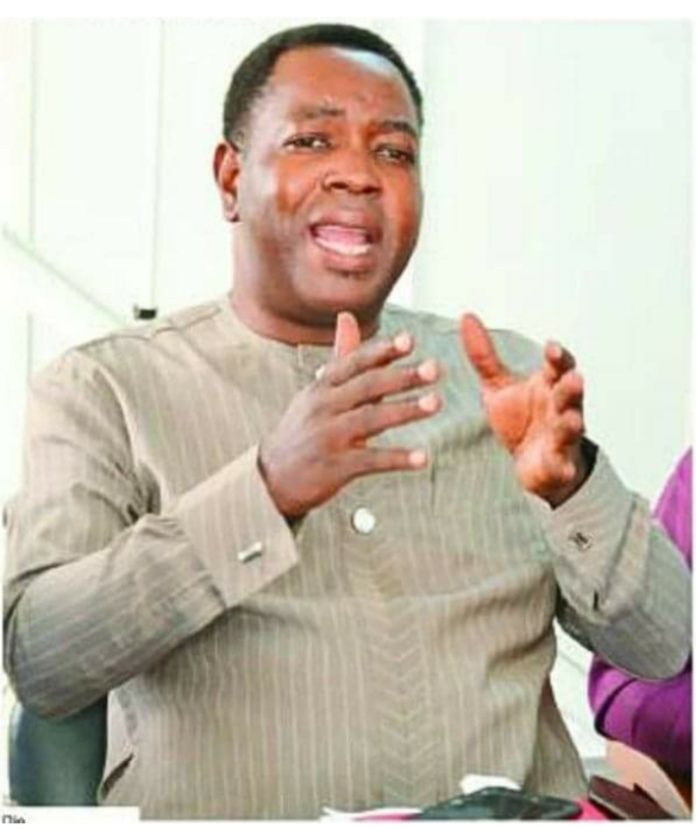 Mr Kayode Ojo, a governorship aspirant in the 2022 election in Ekiti State, has advised politicians not to embark on character assassination and mudslinging in the quest to occupy public offices.

He said this at the inauguration of his media team at Ikoro-Ekiti in Ijero-Ekiti Local Government Area of the state, saying governorship aspirants should rather seek for an all-round development of the state.

The media team is under the leadership of Alhaji Deji Ayelabowo, a veteran journalist and a former General Manager of the state-owned radio station, Broadcasting Service of Ekiti State.

Ojo, a Metallurgical and Materials Engineer, is a leading governorship aspirant on the ticket of the All Progressives Congress (APC) in the state.

He said, rather than condemning political opponents, the desire to serve as the governor should be seen as a rare privilege, adding that campaigns for the governorship election should be issue-based.

The APC governorship hopeful said the state has abundance of human and material resources to transform it into an economic giant, both within and outside the confines of the country.

“I want you to understand my philosophy. I am very very peaceful person. I like my things to be done in a very strategic and professional manner. I am not interested in attacking or condemning anyone, saying this person is bad or that person is this.

“What I want us to do is to focus on marketing our own arrangement and campaign to the people. We want to take our message to all people, both in the APC or PDP and other political divides so that they will understand that we are basically focused on our mission.

“This mission is not a personal mission. It is a mission for the emancipation of the people; it is a mission to emancipate and unshackle the many economic potentials of Ekiti State,” he said.

Ojo however expressed disappointment with what he said is a recurring failure to tap into the abundant resources of the state for its development and the benefit of its people.

“I keep telling people that here in Ekiti we have abundance; we have so much abundance. But nobody is really looking deep to actually tap into this abundance.

“That is all what this campaign and the government we want to put in place is all about: unlocking the abundance in Ekiti for the benefit of all Ekiti people, irrespective of what party you belong to.

“As long as you are a bonafide son of the soil here, you should have access to these opportunities, if you try; except you don’t want to try.

“If you just step out of this place and take a look around, you will discover that God has given us that environment that will not make you to be poor. It is simply amazing.

“If you go to Las Vegas in the US, it is a desert, just as Dubai is a desert. What did they do? They have nothing; they have no resources.

“But they decided and said ‘oh, how can we bring people to this place?’ They sat down and said ‘we we can turn this place into a gambling capital of the world’.

“They built casinos and hotels and that was what they had in Las Vegas up till the 90s. There were only few people that were leaving in Las Vegas, as at the 90s. People fly in, gambled, get drunk and go away.

“But after the 90s, Las Vegas started becoming a place whereby people started residing; they started building accommodation and other businesses started. Today, the population has exploded and it is now a US megacity.

“All these situations are not far-fetched from our situation here. If we just focus on what we have here; what can we do for ourselves? What can we do without even thinking of relying on anybody or the Federal Goverment?

“That is what our campaign is all about. We are tapping into all what we have and then all of us should come together and work together to be able to make this place a liveable and enjoyable place for people to live.

“We don’t all have to live in Lagos or Abuja or Port Harcourt to be able to live. There is abundance; there is enough for us here, if we can just try to tap into them.

“That is what all this campaign is all about; and that is what the government is going to make happen, for the benefit of the people,” he said.