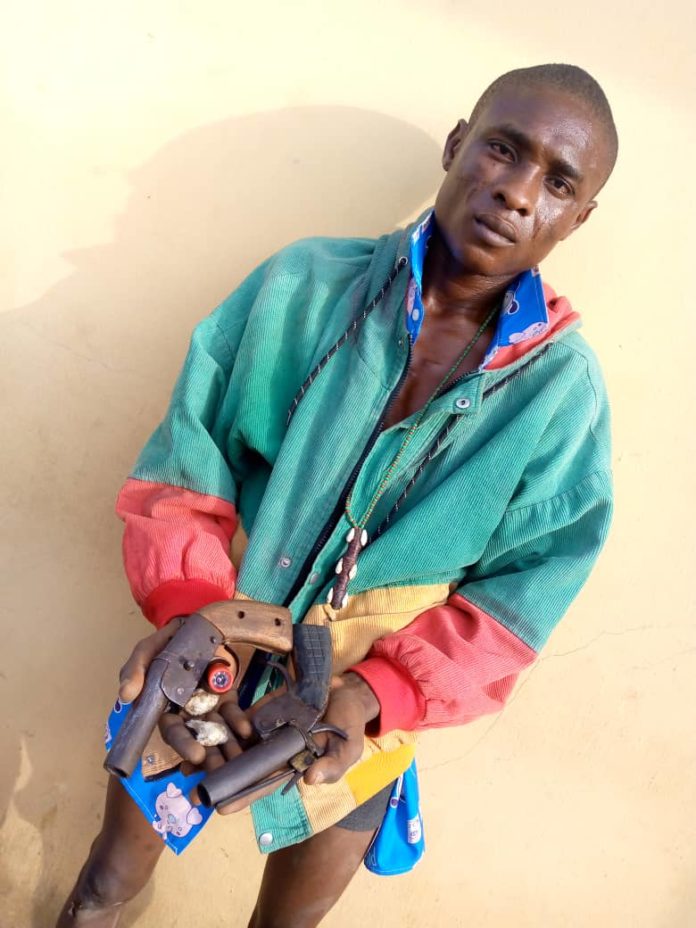 The Ogun State Police Command is sustaining its effort to get rid of criminal elements in the state as it has arrested a 27-year old armed robbery suspect, allegedly on his way to carry out an operation.

The armed robbery suspect, Sodiq Oladele, was arrested on Sunday by operatives of the state police command, allegedly on his way to carry out the robbery operation with other members of his gang.

The suspect, Oladele, was arrested at the Obasanjo Farm Junction, Ota when the DPO, Onipanu Division, CSP Bamidele Job and his men were on routine patrol of the area.

The latest arrest was coming on the heels of the arrest, four days ago, of a 26-year-old robbery suspect, Segun Azeez, while allegedly planning for a robbery operation.

DSP Oyeyemi, in the release, said Oladele was sighted by CSP Job and his team on a motorcycle conveying three male passengers.

The Ogun Police Public Relations Officer added: “The motorcycle was flagged down but the passengers quickly jumped down and ran to a different direction.

“They were hotly chased by the policemen and one of them, Sodiq Oladele who was in possession of a black bag, was apprehended while others escaped.

“On searching the bag, two locally-made single barrel pistols, one live cartridge and assorted criminal charms were recovered there in.

“On interrogation, the suspect confessed that he and his fleeing colleagues were on their way to carry out robbery operation before they were accosted by policemen.”

As stated in the press release, the state ommissioner of police, Mr Lanre Bankole, has ordered the immediate transfer of the suspect to the State Criminal Investigation and Intelligence Department for discreet investigation.

DSP Oyeyemi further disclosed that the Commissioner of Police has also directed that other members of the gang be hunted for and brought to book.