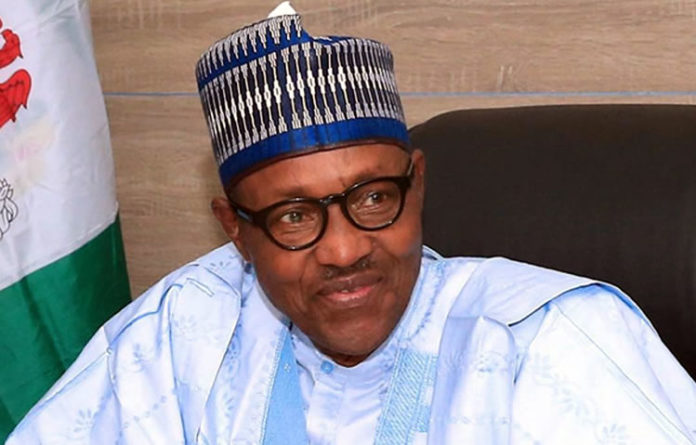 Pendulum: Is the President Aware That Time is Going?

Fellow Nigerians, I sometimes wonder what the oresident and his acolytes are thinking. Are they aware they have less than two years to hand over power or they have other plans hidden from the rest of us? If not, why are they busy fighting imaginary enemies and at the same time pampering real enemies? And doing so on many fronts too?

I read somewhere that a good General never fights on many fronts, simultaneously! Ask the Germans who discovered this folly to their utmost amazement and defeat during World War II. Sadly, what I am seeing with Major General Muhammadu Buhari is different, as the General seems to have forgotten this basic lesson of military strategy. He has too many battles on his hands, and it is obvious his troops are already overstretched and battle weary. They, and their General, deserve our pity. Or maybe time will prove us wrong, which I doubt.

By now, the president should be consolidating on his pet projects. He should be seen pursuing terrorists and bandits to the pits of hell. He should be reconciling and healing the badly bruised and fragmented nation. He should be winding down slowly and steadily in readiness for his final retirement from public office. A South-South governor is already doing that in Rivers State, by unleashing a plethora of legacy projects which everyone can see. What would be the point of President Buhari wasting eight years in power fighting wars of attrition and winning none?

As I have advised several presidents in the past, when tomorrow comes, all those goading President Buhari on and telling him he’s the greatest Nigerian leader ever will quickly vamoose, and he would be left with his family to lick the wounds of a lost transient power. I repeat, nothing lasts forever.

Even if the president succeeds in imposing a presidential candidate on Nigeria, he would be shocked by what will soon happen. The new leader will urgently depart from Buhari’s path of paranoia by carving a new image for himself. We have seen it before and I will be shocked and horrified if the president has already forgotten his own history.

Just in case many of his vociferous supporters no longer remember, let me tickle their memories. When the military government of Major General Muhammadu Buhari was sacked and replaced by Ibrahim Badamasi Babangida in 1985, it took only days to dismantle the gargantuan house of commotion Buhari and Babatunde Idiagbon had erected. Governments are never remembered or glorified for how many wars they fought but for how much prosperity was recorded in an atmosphere of tranquillity.

This is almost getting too late and almost impossible for this government to achieve in less than two years from now. By this time next year, the president will begin to see the true colours of humans, especially our politicians. In another two years, there will be no one to fly to Daura in order to pay Sallah homage to him. Such is the sad reality of life.

If the president feels all those criticising him are enemies who hate him, he will soon know they are his best friends. The crocodiles and chameleons will soon surface in real time. If I were the president, I will seize this moment to correct my mistakes. It would be nice to avail himself of the story of Nelson Mandela and how he became the world’s greatest statesman.

It is about his ability to forgive, even if he couldn’t forget certain injuries as a mere mortal. It is not too late for Buhari to make amends, even if I have been told endlessly that Buhari can never change his unyielding and unbending ways of life. The president must be told the things he has done wrong, for the record, no matter his position on the matters.

One. His government has further deepened the divisions in Nigeria. Never since the last civil war have we come so dangerously close to the precipice of another monumental battle for the survival of our country. We are now stupidly and gravely divided along ethnic and religious lines, and both are too volatile to continue to watch without being checked. History will never forgive any leader that fails to arrest our supersonic speed towards perdition.

Two. The president has not been fair to the Constitution he swore on oath to enforce and protect. If he did, most of the challenges confronting us today would not have emerged to haunt us. When a president feels he can fight everyone and win everything, he endangers everybody. Let me be brutally frank, whatever problems there are in the South-East and South-West today were actually unleashed by President Muhammadu Buhari. The worst perfidy is the over pampering of the Fulani herdsmen and the absence of empathy on the part of the president for the hapless victims of terrorism and banditry. It is not too late to apologise to the affected people and compensate them in whatever form possible.

The people of the North-Central, especially Benue and Plateau in particular, deserve sincere apologies and restitution from the president. They have suffered too much from the attacks of Fulani herdsmen. There is no doubt in my mind that whenever Buhari hands over power, most of these terrorists will vanish from Nigeria. The “swaggerlicious” posturing they parade today is as a result of the protection they enjoy from having a Fulani champion and defender of the faith as president. They would have since been sent packing by a non-Fulani president.

Ghana is a veritable example. The herdsmen in Ghana dare not invade farmlands not to talk of raping women and killing their husbands. This is one of the reasons I foresee and predict chaos if another Fulani president is promoted and produced so soon after the katakata of this Buhari Presidency. This government has failed woefully and abysmally to protect the different sensibilities that pervade the regions of Nigeria.

Three. The president has refused to listen to the voices of reasons across the length and breadth of Nigeria. He should please know that no man has a monopoly of wisdom. If the president is not trusting the Lagos Press, he should please read Daily Trust as regularly as possible. It is one newspaper that has done very well by reflecting the mood of the country.

Every part of this country is haemorrhaging and bleeding fast and uncontrollably. Hitherto silent, even taciturn doves, have become freakish hawks. Everyone is crying and baying for blood. Mr President should speedily find the video of the Sallah Day message of The Emir of Muri. His voice reflected a deep sense of frustration at the unwarranted killing of his people by Fulani bandits. He even gave a 30-day ultimatum that if the killing does not stop, his people will kill all Fulani in sight. Is this not the kind of desperation that gave birth to the Sunday Igbohos and Nnamdi Kanus who believe separation of their people from the rabid perpetrators of this wanton killings and destruction is the answer?

In June alone, it was reported by Daily Trust that over 1,000 lives were wasted in Nigeria while Zamfara, Kebbi and Niger States topped the charts! North-West had 416 deaths; North-Central 218 deaths; North-East 188 deaths- South-East 117 deaths; South-West 74 deaths and South-South 18 deaths, all from violent attacks!!

Four. While all these killings are ongoing, President Muhammadu Buhari and his sidekicks, seems not to know how to describe the terrorists who have been on rampage. I read a very brilliant article by my dear brother, Femi Adesina, the president’s Special Adviser, Media, yesterday about the bad guys of Nigeria and I saw how he cleverly refused to mention terrorism as the biggest menace in the country today. CNN, in a recent documentary, left no one in doubt of our position in the comity of terrorist nations. Nigeria is in one of the top unenviable placements.

We now have an unfortunate country where one terrorist leader called Turji boastfully confessed that he has murdered our soldiers on several occasions and assures us that his location is known but that he is untouchable. When his father was arrested, he said he retaliated by kidnapping 150 innocent people in Shinkafi Local Government Area and pronto, his father was released to assuage him.

Yet, the goons of Buhari invaded the home of Sunday Igboho Adeyemo and even killed two innocent people in cold blood, abducted members of his family, and Sunday himself escaped by the whiskers. Yet, most Yoruba leaders went foolishly and wimpishly quiet like victims of mass hypnotism. The Sunday Igboho drama continues to unfold as the government seeks to bring him back from the Republic of Benin to face whatever trumped up charges can be manufactured against him by our overzealous security forces.

Still, our Yoruba politicians hardly seem able to rouse themselves from their stupor. They are like a punch-drunk boxer who is so dazed by the pummelling that has been received that he can no longer comprehend anything on his unsteady feet. The president must call his goons to order. They cannot continue to assault innocent citizens whilst leaving dreaded bandits and terrorists to wreak havoc on the polity.

•Momodu, a veteran journalist, is publisher of the high-soaring magazine, Ovation International.