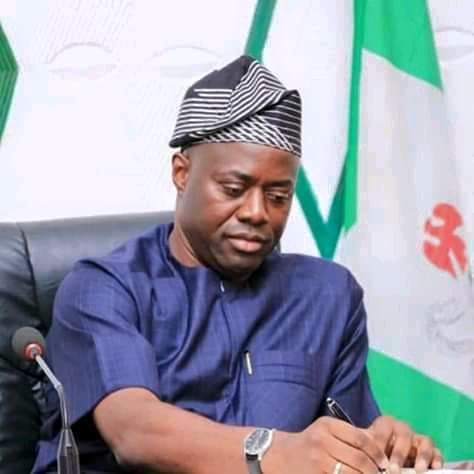 The government of Oyo State has announced the reopening of Mokola Flyover to traffic, following the completion of repair works on the collapsed barrier on top of the bridge.

The Oyo State Road Transport Managenent Agency (OYRTMA) had, on Monday, suspended the use of the bridge, following the collapse of the barricade installed on the bridge to prevent use by heavy duty vehicles.

A statement by the Chief Press Secretary to Governor Seyi Makinde, Mr. Taiwo Adisa, quoted the chairman of OYRTMA, Mogaji Akin Fagbemi, to have said that the flyover has been reopened to traffic from early hours of Tuesday.

The statement stated that the quick completion of the repair works followed concerted efforts and coordinated synergy between the Ministry of Public Works and Transport and the OYRTMA.

It added that “normalcy has returned to the area within the shortest possible time to ease the hardship faced by motorists whilst the work lasted.”

Fagbemi said the repair work was completed on Monday, adding that “the collapsed barricade was fixed within the shortest possible time as a result of coordinated action between theinistry and OYRTMA.”

The statement further read: “His Excellency, Governor ‘Seyi Makinde had directed that MDAs must synergise in real time to tackle issues that affect the good people of Oyo State.

“It is on that note that OYRTMA swiftly called the attention of the Works and Transport Department and they were able to jointly fix the barricade in a matter of hours. The bridge is now reopened for the unfettered use of the good people of the state.

“As a government, our primary responsibility is to ensure the safety of lives and properties of our people. That explains why the temporary closure became imperative to forestall vehicles ramming into the collapsed barricade, destroying people’s properties and taking lives of innocent citizens.

“It turned out that the issue was resolved in far less than 24 hours and the bridge is now reopened to traffic.”

The statement thanked the people of the state for their understanding while the closure lasted, adding, however, that the incident has showcased the need for indigenes and residents of the state to be watchful of how contractors handle public works.

“It is a pity that the government of Engineer Seyi Makinde had to source hard-earned money to put the bridge in order just a few years after the immediate past administration spent humongous sum to put the single lane bridge in place,” the statement added.

The statement assured the people that the incumbent administration will continue to work round the clock to ensure quality service delivery, free flow of traffic and sanity on the roads at all times.