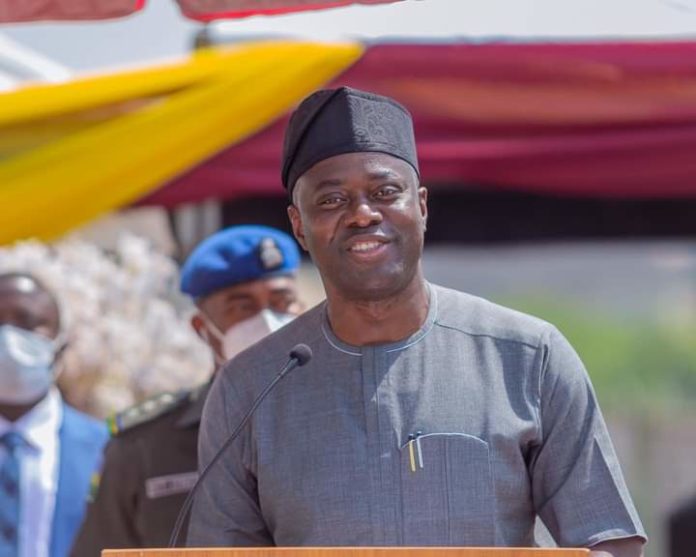 The Oyo State government has described as fictitious and unfounded a media report that it interfered in the World Bank-funded Ibadan Urban Flood Management Project (IUMFP).

The state Commissioner for Finance, Mr Akinola Ojo, said, contrary to reports in a section of the media, the Governor Seyi Makinde-led administration has never interfere with the contract award process of the project.

On the contrary, he said the state government has rather been following due process in the award of the World Bank-sponsored IUMFP.

The commissioner, who also oversees the project, described Governor Makinde as a man with eyes for details and who will always insist on due process and value for money, in all instances.

“It is an obvious concoction, an unfounded lie and a news story aimed at tarnishing the image of the amiable governor and raising undue dust about a state that is diligently delivering on the mandate of IUMFP,” Ojo said.

He also stated that the state government and the World Bank were not at loggerheads over the project, adding that due process is strictly being followed.

Ojo, who spoke in Ibadan, said that it was unfortunate that some media houses misrepresented facts and figures in an attempt to drag the project into unnecessary controversy.

“Everything published on the IUMFP project amounts to lies. The process is still ongoing, and I assure you that when the process is completed, the state will be vindicated,” he said.

“That someone is the lowest bidder doesn’t guarantee value for money. What we need is good quality work that will enhance the service delivery of IUMFP,” he said.

Some news channels had, last week, alleged that some untoward activities were threatening to stall the implementation of the $200m World Bank-sponsored Ibadan Urban Flood Management project.

A non-governmental organisation had also reportedly published a statement in which it raised the alarm that the state was at the verge of losing the $200million World Bank-sponsored project as a result of what it called underhand dealings.

But the Oyo State Commissioner for Finance said on Monday that the claims contained in the media reports were unfounded and amounted to raising undue alarm, adding that the state and the World Bank are on the same page in the implementation of the project.

“The IUFMP management had independently appointed qualified assessors to review the bids for the Second Pool of works, with the contractors being assessed and the state only approving the recommendations made by the assessment and thereafter sending them to the World Bank for No Objection.

“Contrary to the insinuations contained in the recent media reports about the World Bank-sponsored project under the IUMFP, there is no threat whatsoever, as the process is still ongoing. We are certain that when the process is completed, we will be vindicated,” Ojo said.

The Project Coordinator, IUFMP, Dayo Ayorinde, said the claims in the said report in its entirety was false and unfounded, adding that it negates the reality of the situation in the bidding process as well as process of engaging contractors for the Second Pool of works at the IUFMP.

He said: “To the best of our knowledge, there was no query to the state hovernment from the World Bank. The Bidding Process is on course.

“The two parties involved (the Oyo State Government and the World Bank) are positively engaging the Bid Evaluation Report (BER) through the PIU, and the process is within schedule.”

He added that “the slightest explanation that one could give to this unfortunate story is that it is the ploy of mischief makers, who probably because of certain misgivings, wanted to throw a spanner in the wheels of progress in Oyo State.”