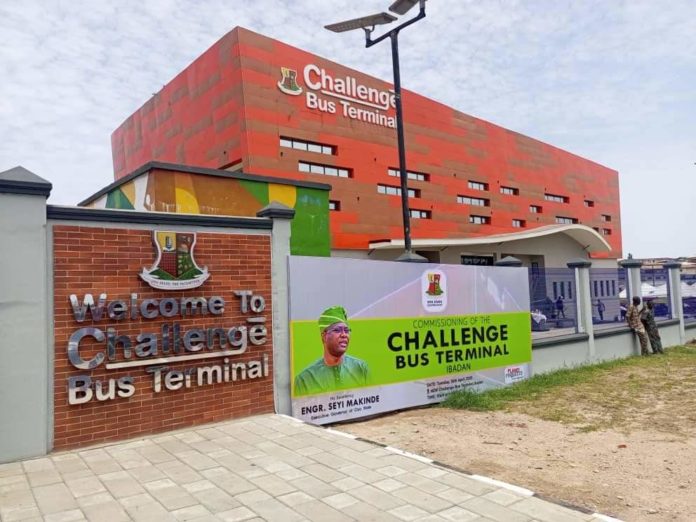 In governor Seyi Makinde’s Oyo State, the third anniversary of the administration has begun quite early, as Edo State governor, Mr. Godwin Obaseki, joined the long list of governors and dignitaries who have come to the state to commission one landmark project or the other.

Today, Tuesday, 26 April, the Edo State governor is in Ibadan to witness the commissioning of two world-standard bus terminals in Ojoo and Challenge as well as the launch of the Omi Tuntun Bus Transport System.

The terminals were built in Ojoo, Challenge and Iwo Road axes. The vision was conceived way before His Excellency’s assumption of office in May 2019, as it is underpinned by his commitment to improving the economy of Oyo State through reduction of infrastructure deficit and creation of new economic opportunities.

Truly, for those conversant with Governor Makinde’s work manual, named the Oyo State Roadmap for Accelerated Development, 2019-2023, none of the eye-catching, people-centred and game-changing projects and policies of the administration will look like magic.

In Governor Makinde, Oyo State has a governor who was prepared for the office and who, after a deep research into the challenges of the state, has ready-made answers that will help in the mission to rebuild the state.

Of a truth, the successes and achievements of the governor in the last two years and 11 months cannot be happenstance or opportunistic exploits.

From the road interconnection system that has seen the Makinde administration embark on an aggressive infrastructure development drive in which 187 kilometres of roads from Ibadan to Iseyin, Oyo to Iseyin and Iseyin to Ogbomoso, have been built or under construction to connect three senatorial districts and agriculture bases, to the new bus terminals now coming on stream, Governor Makinde has continued to hit the bull’s eye with projects.

In two years and 11 months, no one can controvert the fact that the governor, now renowned as the Engineer of Modern Oyo State, has left indelible marks on the sand of time and has lived true to expectations regarding his promise to reposition the state.

In Oyo State today, the people rightly describe these well-thought-out projects and policies of the Makinde government, which continue to strike the right chords with the people, as the GSM Effect.

In effect, Governor Makinde administration’s programmes have continued to have the right effect on the state, restoring people’s trust and confidence in government and widening the revenue base of the government.

The Ojoo and Challenge Bus Terminals, two of the four such projects awarded in 2020 and the BusTransport System are coming at a period that Governor Makinde has been able to grow theInternally Generated Revenue (IGR) of the state by a whopping N15billion, in just two years.

The Makinde administration has raised the IGR of the state from a paltry N1.6 Billion monthly to over N3billion monthly and, in the process, moving Oyo State to one of the states with the highest IGR in the country.

With these terminal projects, Governor Makinde has added another stream to the state’s sources of income.

Apart from income generation, the relative ease that the new Omi Tuntun Buses and the new terminals will bring to transportation in Ibadan, one of Africa’s largest cities, easing a lot of pressure on the over seven million residents of the Oyo State capital, is an added advantage and a product of good thinking by the government.

Indeed, the effects of the new Bus Terminals can only be adequately comprehended months after their take-off, with the add-ons of job creation, urbanisation and traffic order better experienced than imagined.

This, really, has been the strength of the GSM Effect; a new project or policy comes on stream, naysayers go to town with lies and prophesy how project will fail, but after a short while, Oyo State people see the beauty of the projects/policies and flash back to their March 9, 2019 victory in which they resoundingly made the right decision to elect Makinde as governor.

The naysayers, mostly opposition elements, did this with the Lekan Salami Sports Complex but they were silenced when the project did not fail. They are doing it with the Light-Up Project but the antics have also not worked, because the effects of these projects and the completed road projects, including the 65-kilometre Moniya-Iseyin Road; the 9.7-kilometre Saki Township Road; the 5.6-kilometre Gedu-Oroki-Asipa-Sabo Road in Oyo and several rehabilitated roads in Ibadan have continued to gladden the hearts of Oyo State people.

Though naysayers would never admit that the All Progressives Congress (APC) government, in eight years, only rehabilitated/dualised a few internal roads in Ibadan, Iseyin, Ogbomoso and Oyo, Oyo State people never miss an opportunity to pray for Governor Makinde who, in under four years, has bested that record, constructing inter-city roads, internal roads, as well as even opening new ones such as the 76-kilometre Iseyin-Fapote-Ogbomoso Road and the Ibadan Circular Road.

Other physical projects, including the new bus terminals and several ongoing projects, such as the 46-kilometre Oyo-Iseyin Road, the 36-kilometre Saki-Ogbooro-Igboho Road, the rehabilitation and equipment of Primary Health Care Centres in all 351 Wards of the state and the massive investments in agribusiness development are exciting projects that also form the GSM Effect.

But at the very core of the GSM Effect are intangible achievements and policies of the governor, which have brought smiles to the faces of Oyo State residents and have moved them from poverty to prosperity.

These policies, cutting across education, health, civil service and pensioners’ welfare, ease of doing business, among others, have the governor’s visionary leadership and magnanimous personality as their underlying factor.

But time and space might not allow one to dilate on the many policies that have formed a mass known as the GSM Effect.

For today, I think it is better we concentrate on our wins in the transport sector, where the new Ojoo and Challenge Bus Terminals will, again, prove naysayers wrong, bring more wealth to Oyo State and jobs to its teeming youths.

Yes, I think we should concentrate on our wins on these critical projects that will define the success of the Makinde administration in a few years, when they become money-spinners.

These bus terminals and the bus transport system will show the difference in class between GSM and his predecessors in office who, rather than leave legacies that could fetch Oyo State revenues, watched until the state’s assets, such as the Pacesetter Quarry in Ijaiye and Pacesetter Fruit Company, Oko, became moribund.

As their Excellencies, Governors Makinde and Obaseki would be cutting the tapes of these projects, however, Oyo State people should keep the record.

We must keep the record against a time when liars and swindlers in opposition party robes will come with deceit and speak of things their masters never gave Oyo State.

By that time, we must all tell them: Makinde we know, Bus Terminals and other projects we saw, what did your late master build?

Who Is The Next President?