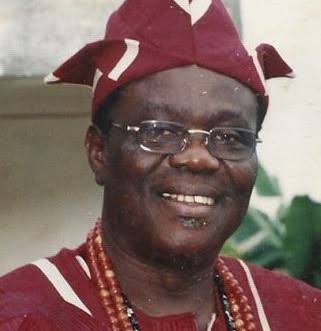 Advertisement
I really no longer consider it worthwhile for me to waste my time writing, talking or thinking about Nigeria. It is not helpful to my sanity to dwell in or on a building about to collapse, even though I am worried stiff about the calamity knocking at the door.
Nigeria is irredeemably in ruins; it is only those who are benefitting from the cracks and crumbs that are still living in self-denial.
Regrettably, there are millions entrapped in the Contraption who simply don’t know what to do or where to go or who to turn to. And my heart is in there with them.
They have been beaten, broken, repressed, depressed, oppressed and disenfranchised. They are mere living ghosts, living in the shadows of their past life.
We all were horrified and dumbfounded by the ugly parade of Nigeria’s slave masters who were carrying about bags of ill-gotten wealth to their Investment Company’s (sorry, political association’s) headquarters to deliver wands of currency notes for the purchase of tickets to the country’s treasury.
Never in the country’s history had politicians brazenly punched the entire citizenry in the nose as was done by this insensitive set of people who have conspired to take Nigeria and Nigerians to the unmitigated grave.
The Abracadabra Patented Crooks (APC) and the Provocative Devils Pandemic (PDP), the two biggest Political Merchants Associations have turned politics in Nigeria to huge lottery business. They have become groups of gamblers, gangsters and horse trading, pools betting Mafiosi.
It is inconceivable that any honest investor will commit a whopping N100million to purchase a ticket that will only allow you into the gambling hall, the Casino. The tickets being hawked by the political gangsters are a token of the total sum to be poured into the gambling pool.
After obtaining the ticket, bidders for the country’s treasury will still require bigger sums to bribe the lotto directors, managers, and sundry staff such as the chairman of the gambling company, godfathers, godmothers, god-servants.
Palms of shrine keepers in the churches, mosques and iledis also have to be greased. It is after all these money-guzzling rituals that the gambling politician will now be qualified to enter the fray of gambling proper.
From the foregoing, it is evident that N100million is just a tip of the iceberg. It is in this arena of gamblers that the looters adjudged as winners of the lottery will be handpicked and imposed on voters.
In the US where the corruption-laden presidential system is stolen from, the highest sum ever paid for Nomination and Declaration of Interest Forms is $40,000 which is just about N22million. (Lest we forget, in normal times $40,000 was less than N40,000!).
And even with that, interested individuals would have undergone serious nationwide campaigns selling themselves and their manifestos to the people.
Not in Nigeria. Gamblers here enjoy the freefall of the Naira, the national symbol of sovereignty.
This is where our lawyers should feel seriously concerned and come to the rescue of hapless Nigerians who are being led to the slaughter slab by the heartless mercenary gamblers in the garb of politicians.
Why should a country allow millions of her citizens to be disenfranchised upfront? Why should honest hardworking and upright men and women be barred by moneybags from aspiring to highest positions of service in their own country?
Why should the youths who constitute over 70 per cent of the population be prevented from aspiring to positions of political leadership by people who are not even politicians but self-seeking jobbers and gamblers?
Nigerians all over the world should cry out and free themselves from the shackles of gamblers and political harlots. Nigerians in the Diaspora have a historic role to play here. Nigerians have a moral duty to end this morass and enslavement imposed on them by a tiny cabal.
•High Chief Adeniyi is a former Chairman/MD/Editor-in-Chief Daily Times Conglomerate.
Advertisement

Who Is The Next President?