Bayelsa State chapter of the Nigeria Union of Journalists (NUJ) has called on policymakers to develop a framework that would enable the state government to estimate the size and worth of creative and cultural industries in the state.

This the state council said is in a bid to properly capture the potentials of the industry, saying that Bayelsa has huge potential for the creative and cultural industries.

The state NUJ chairman, Mr Samuel Numonengi, made the call in reaction to the feat of the Bayelsa State-born Kingdom Kroseide, who N50 million worth of prizes, including a N30 million cash prize and a brand new SUV car, after emerging winner of “Nigerian Idol” musical contest

This was as he commended the state governor, Senator Douye Diri and other well-meaning individuals for supporting young talents in all spheres of life.

The NUJ chairman, who received the chairman of Travel Writers’ Corps of Nigeria Union of Journalists, Mr Piriye Kiyaramo in his office, described as rare the feat of Kingdom Kroseide at the just-concluded national musical contest. 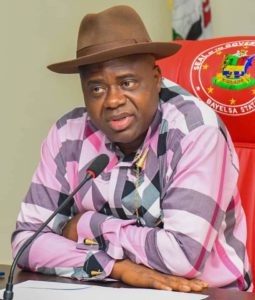 He noted that creativity produces fresh ideas, describing cultural and creative industries as basis for progress in today’s digital economy.

Numonengi maintained that, with an uncertain global economy, there is urgent need, not just for progress, but for innovative progress that would create jobs which benefits could meaningfully impact the society, emphasizing that creativity has become more important than ever.

According to the NUJ chairman, the emerging creative economy has become the hidden force that keeps the youth moving in the right direction, pointing out that being creative keeps businesses flexible, while producing innovative solutions to a wide range of problems that confront our society.

Earlier, chairman of Travel Writers’ Corps of the NUJ, Mr. Piriye Kiyaramo, said there was need to harness the huge potential for the creative and cultural industries among the youths in Bayelsa state.

He added that it was necessary for policymakers to consider formulating a framework that would properly capture the potentials creative and cultural industries in the state.

Kiyaramo noted that, on a large scale, creativity holds the power to create entire new industries that could create thousands of jobs for the youths in the state.

Recall that Kingdom Kroseide, a Computer Science and Informatics student at the Federal University Otueke, Bayelsa State, emerged the “Nigerian Idol’’ after months of intense musical contest involving over 3000 hopefuls from across the country and over 16 million votes recorded at the finale.