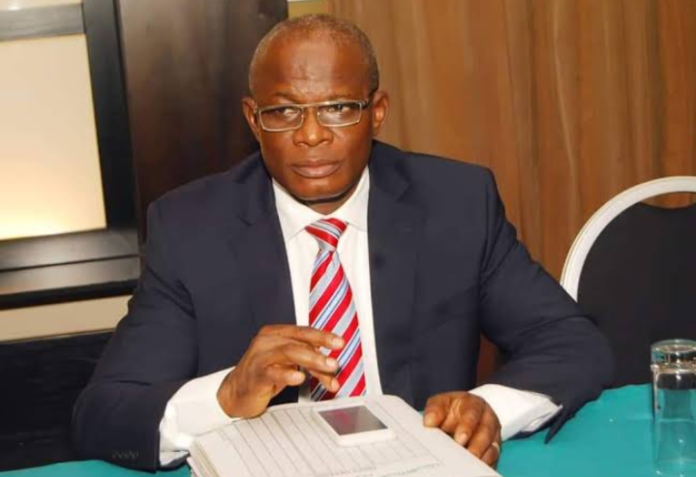 In this interview with our correspondent UDEME UTIP, immediate past Attorney General and Commissioner for Justice, Akwa Ibom State, Uwemedimo Wnoko (SAN), faults the belief that Nigeria survived the US prediction for its disintegration. He says the utterances of many supposed leaders, particularly from the North, are clear manifestation that all indications of a surviving nation took a flight before 2015.

Given the increasing spate of banditry and insurgency, is there any hope for the survival of this country?

My perception, and I prayed I am actually wrong, is that the concept called Nigeria has expired. Regrettably, up till now, we have not summoned the courage to tell the truth as it is seen. We are kind of just dancing around the graveyard of Nigeria. Nigeria is dead; there is no government, no governance.

All the roads that were constructed in the 60s, 70s and 80s have all gone. The places you used to see the roads if you go there now you will see mud. In some communities people have planted plantains in the middle of the places where roads used to pass.

And somehow we have taken it for granted or there was no conscious efforts to revive Nigeria. Then, of course, Nigeria died. And whatever we are doing now is just a question of self-deceit. It is mutual dishonesty; everybody is being dishonest to one another…tribes, religions, politics.

I think, at this point, it is a business of trying to scavenge on whatever is left of the rubbles arising from the collapse. I don’t know how long it is going to last, but mark my words, this drama may not last for too long.

Are you saying that there is no hope anymore and that if Nigeria is eventually restructured things will still not get better?

You see, if we are to honestly talk about restructuring which should have happened many years ago, there might have been efforts and something to rescue out of the collapsing Nigeria. Right now, Nigeria has never been this disunited; there is nothing left again. It is like you have a car and the tyres of the car got punctured, the battery gone and the doors have fallen off and you are still managing to drive the car. You have not taken it to the mechanic to try and refurbish it and put it back in a motorable condition. We drove Nigeria until it finally packed up and there is nothing left of the contraption called Nigeria that can be restructured. If I sound pessimistic, I will like to be proven wrong and I will be happy if I am proven wrong. I will like a situation to prove to ourselves that there is something to rescue out of Nigeria. For now, I am not that optimistic.

Taking about separation, is there any way we can achieve this peacefully without going to war?

If only the stakeholders of the various interest groups, religious groups and political groups can come together and say, ‘honestly that we have reached the last bus stop’. When I was in Lagos, when you enter a bus from CMS coming to Ojuelegba, when you get to Ojuelegba under the bridge, the conductor will announce to everybody, whether you have paid or not, to come down. At that point, the journey has ended. Everybody knows of a truth that we have come to the last bus stop.

As it is now, it requires of our leaders to say the realities of the collapse of Nigeria. But who is going to say it? Everybody is busy talking about restructuring and pretending. The All Progressives Congress (APC) came in 2015 and set up a committee. When they came into power, they say they are going to restructure Nigeria. They set up a committee headed by Governor Nasir el-Rufai of Kaduna State. That committee produced a report but where is that report today?

But I can tell you that in 2022, that report will come out and they will pretend that they are going to implement it. That is part of the lies, falsehood and deceit. That report will be used as a campaign slogan in 2023 that the APC will come and restructure Nigeria. They will bring it back, just like the Second Niger Bridge which is for 2023. If that bridge is completed before 2023, called me to remind me.

At what point did you think that we, as a nation, started this descent?

General Yakubu Gowon, in his innocence and ignorance, arising from the confusion of the first military coup in 1966, he might have been too inexperienced to understand the concept of federalism. I don’t think it was deliberate. The confusion at the time overwhelmed him as a Head of State. But then, people like Chief Obafemi Awolowo should have known better before he aligned with the Federal Military Government to crush the East. He should have also known that the military decrees that were rolled out from 1967 to 1970 and crossing to 1973, up to1975, were constricting Nigeria and taking it out of the original concept of federalism. We were all there.

As at 1976, up to 1977 and 1978 when the Constitutional Conference was set up, somebody should have been bold enough to tell the then Federal Military Government that they have no power to tamper with the product of the Constitutional Conference that drafted the 1979 Constitition. What we got out of the 1979 Constitution was a product of military consciousness; the constriction and centralisation of the power in Nigeria, instead of the original concept of the federalism which the founding fathers of Nigeria agreed to in 1958 and 1959 before the Federation of Nigeria was formed in 1960.

The total abandonment of the 1960 Constitution and the Republican Constitution of 1963 left us where we are and it was a gradual descent. We were descending gradually. Every step the military took was further constricting Nigeria.

But Nigerians put up a superior argument that the Nigerian federalism can be restructured in such a way that will suit our local circumstances and those local circumstances are what you have seen today: where simple things like public holiday is a decision of the Federal Government; that the policing of Nigeria can be centralised and kept in Abuja; that somebody will sit down in Abuja and know the local problem of security in my village in Eka Local Government Area of Akwa Ibom State, and then the Inspector General of Police will be the one that will deploy police to come and tackle little thieves around my community because the Divisional Police Officer is answerable to the Commissioner of Police who is answerable to the IGP.

We forgot that every crime has a local content and it is the understanding of the local content of a crime that allows the owners or the community to be able to manage it. There is no other place in the whole world where federalism is run the way it is run in Nigeria.

And coming to your question, at what point did we get to this level? It was a gradual descent, but when we were going down the drain nobody was honest enough to say it as it is.The man from the South-South, South-West and North-East and North-West, for personal reasons, will not be able to look at President Muhammadu Buhari in the face and tell him the truth. The southern leaders are busy jumping to Abuja, they are defecting in droves to the APC because 2023 is around the corner. They want to feather their nests because they want to get what they can out of the collapsing structure.

What is your reaction to comments by the Islamic cleric Sheikh Ahmad Gumi, about negotiating with the bandits?

The emergence of people like Gumi and the utterances of a lot of the supposed leaders of this country, particularly from the North, are clear manifestation that the practical aspects of a country, a surviving nation, is gone. I think the United States of America put it at 2015 and we said we have passed over 2015. But we are lying to ourselves; in fact, Nigeria died before 2015.

I want to tell you that the drama of people like Gumi, the utterances of people like the Bauchi State goveror, Bala Mohammed, are not even today. In fact, it started with earlier utterances from people like el-Rufai and the chairman of the Northern Elders’ Forum, when people begin to say that the whole land of Nigeria belongs to the North. That was said over three years ago and we were all living witnesses; that the North can afford to spread to the Atlantic Ocean and that the oil in the South belongs to all Nigerians. These are issues that clearly manifested.

What I am waiting for is the time when there will be the courage to call a meeting and say on what terms do we agree to part ways. Nigeria has gone beyond the point of even discussing about restructuring; there is nothing to restructure. That is like trying to raise a dead horse. We should be discussing how we can peacefully part ways; how we can peacefully decide and on what terms; how to create the dynamics that will bring a peaceful disengagement.

I don’t blame him. He is a product of the rot and he is like a vulture eating from the carcass of a dead horse. He is just eating his own conscience. When a vulture is scavenging on the carcass of a dead animal, it does not think. With such comments, in fact from the day he opened his mouth to say that he is visiting and negotiating with the bandits on behalf of Nigeria, he should have been taken in for serious questioning.

Over the years, the North has a way of testing grounds. There is nothing the North does in Nigeria without testing the grounds. It is just like most of the time, the southerner either don’t take note because of personal interest or they took note of it but don’t have the courage to say it.

What Gumi is doing today, they have tested the ground, drop in and see reactions. So, what we have seen today is courage, based on empirical evidence that nothing will happen in Nigeria. I was watching him on AIT and Channels TV and they were asking questions which he could not answer. Already he is speaking from the two sides of his mouth. There is no consistency in whatever he is saying. If you watch him, he said the bandits have to carry arms because they must defend themselves. That means there is no government in Nigeria.

Does that means that Nigerians are helpless?

That is the situation we found ourselves now, if the governor of Ondo State, Rotimi Akeredolu, the chief security officer of the state, can come and say every Fulani herdsmen should leave the forest, move out and do your business outside and the Office of the President will say you cannot determine where Nigerians should stay and work. I pray that I am wrong by saying that there is nothing we can rescue out of Nigeria.