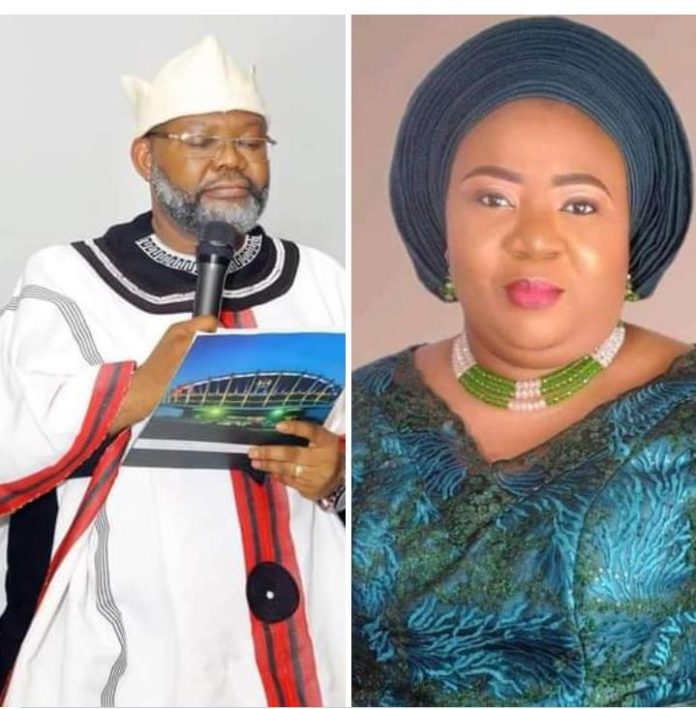 The managements of the National Arts Theatre and Evergreen Music Company Limited, both of Lagos, are talking on a partnership to work together for the promotion and preservation of Nigeria’s rich musical heritage.

This was disclosed during the visit, on Wednesday, of the Managing Director of Evergreen Music, Miss Bimbo Esho, to the General Manager/CEO of the National Arts Theatre, Professor Sunday Ododo, in his office.

The business visit, according to Miss Esho, was to explore ways that the two organisations can work together for the promotion and preservation of Nigeria’s rich musical heritage.

Reputed to be the largest collector of Music in Nigeria, Evergreen Music Company has songs that are over 100 years old in its repertoires.

Miss Esho said the National Arts Theatre is the first point of call for cultural activities in the country, hence her visit to discuss with Professor Ododo partnership that would be mutually beneficial to all concerned.

She stated in a statement that the GM/CEO of the National Arts Theatre said the promotion and preservation of cultural heritage is its core mandate and therefore the partnership with Evergreen Music is well within its purview.

Professor Ododo described music as one of the most unifying factors in the country and presented an insignia of the National Arts Theatre to the MD of Evergreen Music, Bimbo Esho who, in turn, gifted him a compendium of Nigerian musics that dating back to 1925.

Why I Celebrated The Music Legend, KSA, Five Years Ago – Seyichicago