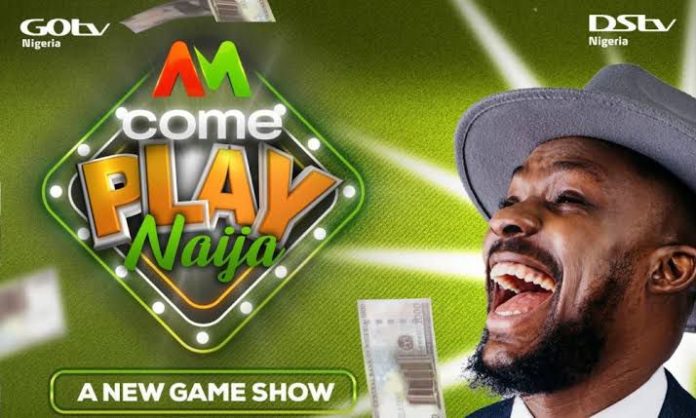 Many heaved a sigh of relief when MultiChoice, through its Africa Magic platform, announced an original family game show that would give Nigerians world-class entertainment and also a new reason to bond and recreate memories.

With the announcement came much anticipation, especially given that the Africa Magic platform is synonymous with quality programming when it comes to premium entertainment for the whole family.
The game show, ‘Come Play Naija’, made its debut on 3 March, 2022 and has easily become a viewers’ favourite, accummulating millions of faithful followers every episode, as the show afforded back-to-back winning for participants and viewers alike.
According to viewers, MultiChoice, via its Africa Magic platform, has continue to promote family values, curating home-grown entertainment.
MultiChoice is also reinforcing its commitment to creating unique local content, rewarding customers and also providing all-around fun entertainment options for every family, beyond dramas and reality shows.
Comedian and media personality, Hero Daniels, is in charge of the ‘Come Play Naija’ game show and he brought his wits, charm and excitement during every episode.
During each show, two teams, identified by colours and made up of four members, compete for a chance to win millions of naira and ultimately a brand-new car at the end of the show, just as participants can also win up to five million naira weekly.
Each episode consists of five segments with different games – Trivia games, Obstacle Course 1, Obstacle Course 2, Obstacle Course 3 and Spin the Wheel.
The winning team from each episode advance to the finale episode, to screen this weekend and compete for the grand prize.
The finale episode will air on DStv Channel 199 and GOtv Channel 29 from 10 pm on Friday, March 25, and will run into the morning of Saturday, March 26.
Already, over 100 viewers have won N50,000 each, as the ‘Come Play Naija’ incorporated a ‘Home Play Edition’ on the live show where active DStv and GOtv subscribers are given an opportunity to guess and lock in the team which would emerge the winner.
The game shows have witnessed intense competition amid fun and camaraderie. The first week had Team Purple emerging as the winner and also had 40 lucky viewers who were able to guess the wining team correctly.
The second week, Team Indigo, led by actress and former Big Brother Naija housemate, Venita Akpofure, emerged as the winners of the game and 40 viewers were also rewarded with N50,000 each for guessing the winning team correctly.
In the third week, Team Magenta emerged as the winning team and like every other week, 40 viewers were also rewarded.
This Friday, the finale will be held among the winning teams from all episodes and the ultimate winners will emerge. Again, cash prizes will be won, in addition to the brand new car up for grabs.
Indeed, here in Multichoice’s ‘Come Play Naija’, the winner takes all as millions of viewers are not only entertained but also empowered on weekly basis.
Advertisement

Adire Carnival Back In Vienna

Papa’s Corner, The Place To Be @ Olowora, Berger