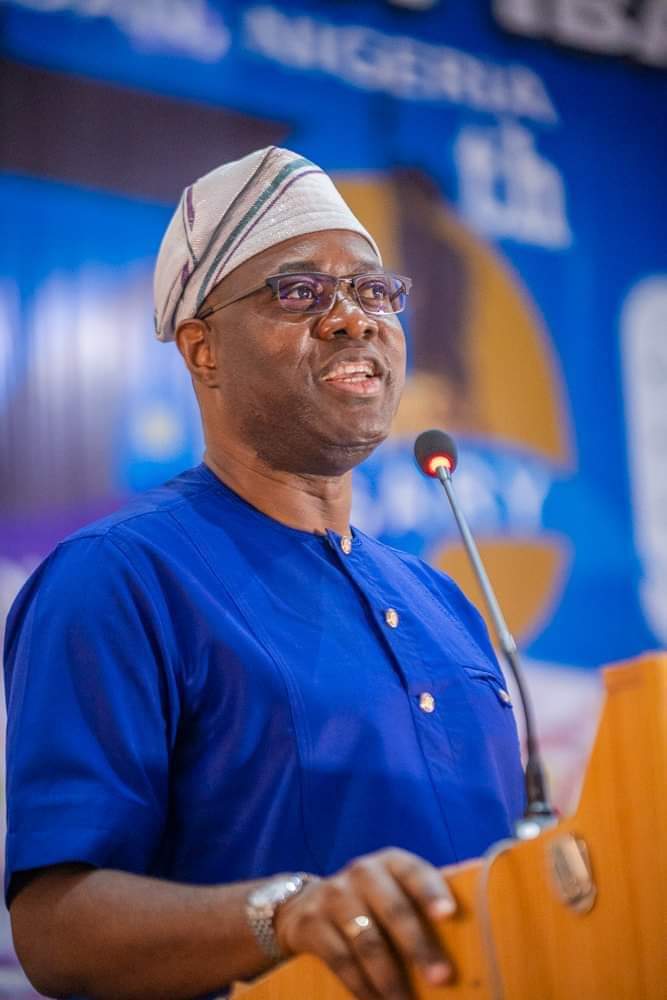 Makinde For President: Handiwork Of Purveyors Of Fake News-Aide

Oyo State governor, Engineer ‘Seyi Makinde, has denied nursing any presidential ambition in 2023 and attributed a news item to that effect to the handiwork of purveyors and marketers of fake news.

The media aide to the governor, Taiwo Adisa, said this in reaction to the news item purportedly promoting Makinde, as a presidential hopeful in the 2023 election.

Adisa, in a release, said the banner advert, which has the picture of the governor and the Nigerian flag, as well as his own picture, allegedly promoting the presidential ambition of Makinde, “should be treated for what it is: Fake News!”

Disclaiming the alleged promo, he said: “This is clearly the antics of purveyors of social media lap dogs, who are merely seeking to distract well-meaning people of Oyo State from the joy occasioned by the well-deserved promotion, to the Premier League, of the Shooting Stars Sports Club (3SC).

“We believe that this fraudulent post alluded to the Chief Press Secretary to Governor Makinde is the handiwork of opposition elements, as APC’s social media lap dogs widely posted the fake news on their social media accounts.

“It is the usual practice of naysayers and detractors to seek to mix sour grapes in the basket of fruits, at a time when well-meaning citizens are celebrating.

“Let it be stated clearly, however, that Governor Makinde has no hand in any such campaign for the presidency, as he has always stated that tomorrow only belongs to God.

“It is unthinkable that the governor, who has cautioned supporters against mounting a second-term campaign for him, would launch a 2023 presidential campaign at this period.

“For the avoidance of doubt, Makinde will not change his belief that power belongs to Almighty God and that only God knows the direction He is taking every of his creation.

“In the same vein, the Media Office of His Excellency has not and will not race ahead of time to promote an ambition that the governor has not declared.

“Therefore, we urge members of the public to ignore the fake news and see it as the shenanigans of a distressed opposition, which continues to show its desperation to retake power at all cost.

“Finally, members of the public are reminded that one of such callous posts by opposition elements once attempted to endanger the lives of innocent people in Oyo State at the height of the COVID-19 pandemic in May, 2020, when they posted that COVID-19 restrictions had been relaxed for religious gatherings, and attributed same to the Governor’s Media Office.”