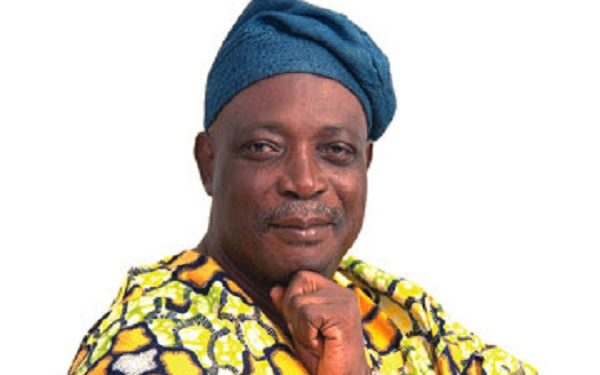 A former governor of Oyo State, Senator Rasidi Ladoja, has advised the Federal Government to handle the Yoruba activist, Sunday Adeyemo (aka Sunday Igboho) and the detained leader of the proscribed Indigenous People of Biafra (IPOB), Nnamdi Kanu, with caution.
The former governor gave the advice during a press briefing at his Bodija, Ibadan residence and called on the government at the centre to grant the duo amnesty, same way it did to some arrested members of Boko Haram.
Ladoja said both Kanu and Igboho are the creation of the Federal Government and noted that arresting and persecuting the two self-determination activists cannot end to the agitations across the country.
The former Oyo State governor said the agitations were as a result of the failure of the government to do enough in tackling insecurity in the southern part of the country.
“I want to appeal to the Federal Government to grant Igboho and Kanu amnesty just as some of the dreaded Bokoharam had were given amnesty. Igboho and Kanu are creation of the Federal Government.
“Why? Because whenever they arrested herdsmen who were killing their people, Federal Government never act. That was why those two people came up to defend their people.
“Boko Haram members that were arrested a year ago by the government has been realesed to the Borno State government. The Federal Government created Sunday Igboho in the context of the Igangan massacre.
“People are agitating for what they believe in, they should be treated with care, and not as criminals. Yoruba leaders, including the Alaafin of Oyo, have been complaining about atrocities committed by Fulani herdsmen without response from the Federal Government.
“Order comes from above to release them and that is why people resorted to self-help. It is in this process that Igboho was created, due to the killings that been happening in Ibarapa axis and no body has been arrested and even if they were arrested, they will be released.
“Arrest of Igboho will not change anything. If government failed to do the needful, many Igboho will be created. Just like Kanu has become an acclaimed leader, and to some people, Igboho has also become a leader.
“If cautioned is not taken by the Federal Government, the issue might boomeranged leading to many Igboho and Kanu,” Ladoja said.