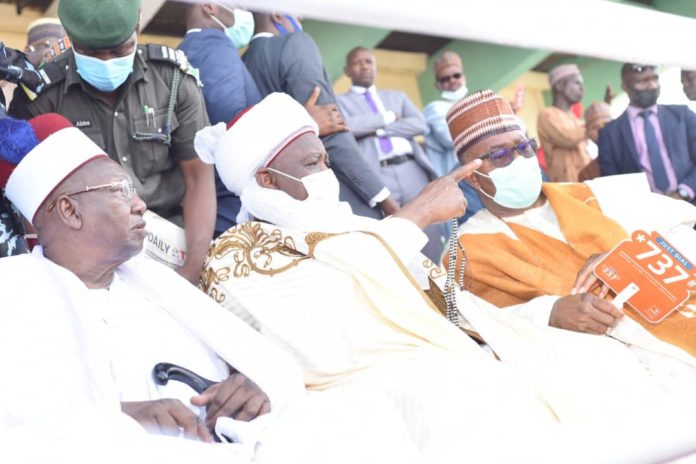 The newly-installed Emir of Kano, His Highness, Alhaji Aminu Ado Bayero, has been described as a leader, whose elevation as an emir would bring peace and development to Kano State in particular and Nigeria as a whole.

Minister of Niger Delta Affairs, Senator Godswill Akpabio, said this while at the Sanni Abacha Stadium, Kano, shortly after the installation and presentation of staff of office to the new emir by the state governor, Alhaji Umar Ganduje.

Akpabio, in a release by his Chief Press Secretary, Jackson Udom, said: “The newly-installed emir is a chip off the old block and I know he will do his best to maintain the peace his late father stood and lived for. His installation today, is a watershed in the history of the Emirate and Kano State.

“We know the late Bayero, who was the father of the newly-installed Emir, lived for his people and built bridges across the country.

“I also expect the newly installed emir to continue in that way, consolidate on his father’s achievements and break new grounds for the people of Kano and the nation generally,” he said.

Akpabio prayed God to give the new emir, long life in good health on the throne of his forebears, saying “it is my prayer that the new emir will bring to bear, in this new responsibility, his experiences gannered over the years in his public and private lives, in the handling of the affairs of the emirate and the state.”