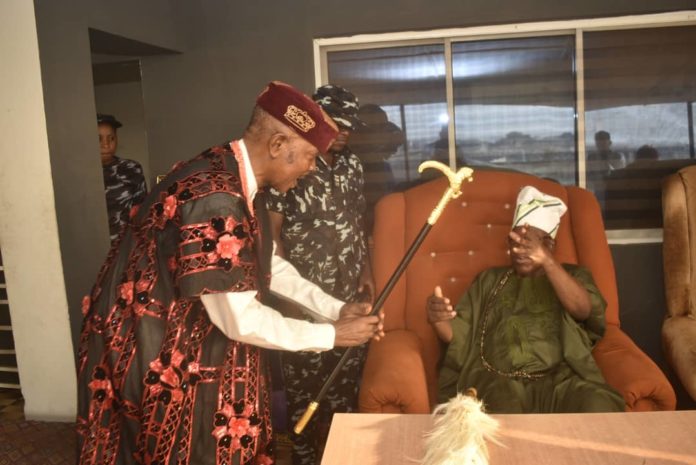 He also said Nigeria would have been better than it is presently, if all the various communities across the country relate with their non-indigenes the way Ibadan people do.

Dr Anozie made the submissions when he paid a courtesy visit to the palace of Olubadan of Ibadanland, Oba (Dr) Lekan Balogun, Alli Okunmade ll, after the monthly meeting of Ezendigbo and his council members.

He said his people (Igbo residents in Ibadan) are prospering without let or hindrance, adding that the metropolis has remained home to some of them because of the peace and tranquility they enjoy.

He said: “We are very happy to inform kabiyesi that the Igbos in Ibadanland are enjoying good hospitality from the indigenes.

“I make bold to say that if all other towns and cities across the country could emulate this Ibadan virtue in their relationship with non-indigenes, most of the bad news we hear would not find space on our airwaves.”

The head of Igbo community in Ibadanland pledged the cooperation and support of his people for the Olubadan, saying: “To whom much is given, much is expected.

“My people have received love from Ibadan and there is nothing we as a group can do than to reciprocate Ibadan good gesture. Kabiyesi, we will remain law-abiding and loyal to your stool.

“We will cooperate with the law enforcement agencies in the discharge of their responsibilities towards ensuring that the pervading peace and atmosphere under which we are living peacefully is not ruptured in any manner or form.”

In his response, Olubadan commended Dr Anozie, who he described as a long time friend, for his open acknowledgement of Ibadan virtue of being hospitable and charged him to ensure that the Igbos walk their talk in the maintainance of law and other.

Oba Balogun restated his concern for peace under which development and growth could take place and maintained that nothing would be allowed to compromise his stance on peace across Ibadanland during his reign.