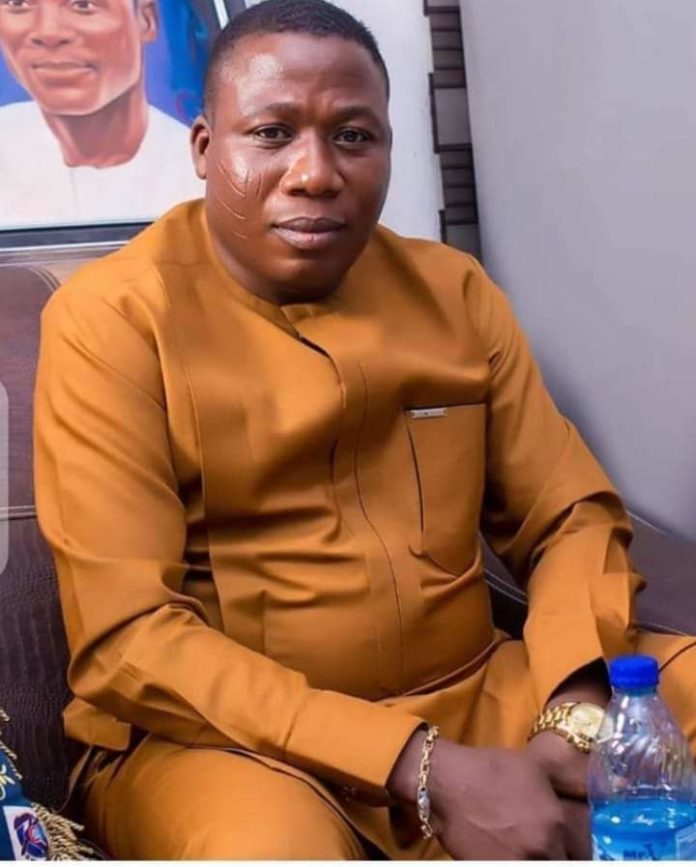 I Have No Other Mouthpiece Except My Lead Counsel-Igboho

Incarcerated Yoruba activist, Chief Sunday Adeyemo (aka Igboho Oosa), has declared that he has not appointed anybody, except his lead counsel, as the mouthpiece for himself and his wife, Mrs Ropo Adeyemo.

Igboho, who is presently on trial in Cotonou, the Republic of Benin, made the declaration in a press release by his lead counsel, Chief Yomi Alliyu SAN.

He further said he has not appointed any defecting politician or retired soldier as his handler or mouthpiece, adding that those are making such a claim are doing so in order to curry the favour of the Presidency.

“We have been reliably informed that some politicians are pressuring our client, Chief Sunday Adeyemo (aka Igboho Oosa) and his wife, Mrs Ropo Adeyemo, both now in Cotonou to give them endorsement to use at the Presidency.

“They are making such claim to justify their new found love and/or defection to the All Progressives Party (APC) and/or curry affection from those in power.

“Let the whole world be aware, especially the Presidency, that Chief Sunday Adeyemo is totally apolitical with no special love and/or hatred for any political party as he has friends in all. His mass followership runs across many divides without any political and/or religious colouration.

“Igboho also has no political handler who controls the way he goes about his belief! Nnamdi Kanu’s case is a good lesson in treachery to all!

“He however respects the six (6) elected governors of South-West states as authentic representatives of his Yoruba race.

“Any document purportedly signed by Chief Sunday Adeyemo (aka Igboho Oosa) and/or his wife endorsing, empowering and/or making anybody his mouthpiece, other than his lead counsel, should be disregarded and taken as fake.

“It is disheartening that a discredited politician with disreputable pedigree in Yoruba race and another retired security officer are pressurising our client and his wife to give them endorsements to Yoruba youths and the Presidency without considering his unlawful incarceration in the Republic of Benin and health issues,” the release stated.

Police Have No Right To Check Vehicle Particulars, Phone-Lagos CP