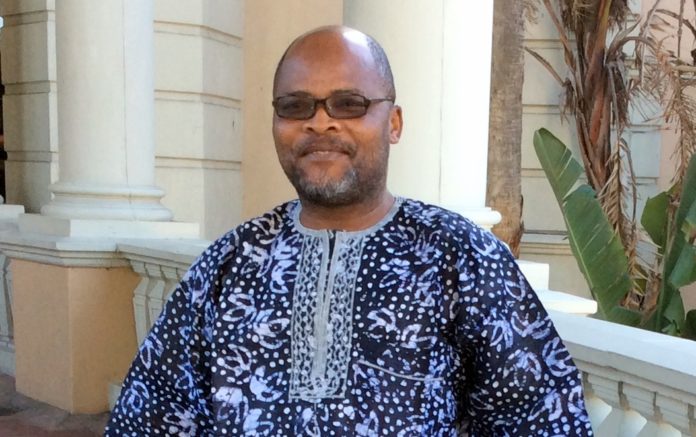 How We’re Fighting Insecurity In Ondo-Odebowale

Dr Doyin Odebowale, Senior Special Assistant (Special Duties and Strategy) to the Ondo State governor, Arakunrin Oluwarotimi Akeredolu, speaks with the NEWSCOVEN.NG on issues of insecurity in the state in particular and the South-West in general.

You are popularly known as High Priest. How did you come about the appellation?

That is a very long story but the long and short of it is that I was given the name during my first year in the university, that is, the University of Ibadan, because I have been an ardent fan and follower of Fela Anikulapo-Kuti. I came on campus and I was miming to his songs. Of course, the appellation came up due to my bohemian behaviour which is due to the fact that I do my things, based on convictions.

Many people see you as a deviant. Why is this so?

Yes, I am and I will die as one. But I don’t know what they mean by that. It depends on whoever is saying it. If they say I am a deviant, maybe I am and maybe I am not. But I just believe that I want to follow my conviction in everything I do.

Does that mean going against authorities?

Of course, naturally, you go against the establishment in many ways, and that does not mean that I am always right. But once I am convinced that this is the way to do things, I follow my conviction and I damn the consequences. That has been my style and I have found peace, a perfect peace, in doing so.

On the front burner is the issue of governance, vis-a-vis insecurity across the country. You have been so consistent and vociferous on the Social Media, condemning the murderous activities of suspected killer herdsmen. What gave you the strong conviction to be doing so?

Experience and knowledge. By virtue of my position as the SSA to the Governor on Special Duties and Strategy, I came upon certain facts that are disturbing. Before now, many of these things we took for granted. But my assignment pushed me to come to terms with the realities of today and I am not really comfortable with what I saw. That is what I can say for now because we saw so much, disturbing in every respect and we don’t mean to be pretty about them or play to the gallery or follow the ways of politicians.

What I saw is very disturbing. When you see a pattern that is consistent, then you will want to ask yourself that, ‘look, when did those responsible for these killings and other murderous acts start to plan?’ It is a consistent thing and that has to do about plan. Then, who and who are responsible for these? What is their mission? What are they trying to achieve? What are they going to get? You will want to know all that. That is where we are.

Your boss, Governor Oluwarotimi Akeredolu, recently came up with a decision that the herders should leave the forest and that there should not be open grazing in major cities and towns of Ondo State. But some people are saying that that decision is a way of depriving some people their means of livelihood…

No no no!!! Let nobody trivialise the essence of what we are saying. The enormity of the problems we have in the South-West is such that if people actually understand it…we don’t want to throw anybody into any panic mode…it is scary. Let us not talk about depriving some people their means of livelihood. How do you mean by that?

You have a right to come to Ondo State to live. But living in Ondo State is not the same thing as trespassing. We should know you; we want to welcome you; the state is hospitable. But you don’t move into the forest reserves owned by the state and some people. That is not about living but about creating crisis.

So when you talk about people living in Ondo State and depriving them of their means of livelihood, which livelihood? Is it kidnapping, rape, arson, maiming and destruction of farms? No, it has to stop.

Many of those who were kidnapped in Ondo State were traced to the forest with our drones. The kidnapped victims who were released narrated their experiences, including pregnant women, raped by these animals. Those who did this had no cows with them. They used the herdsmen as a type of smokescreen to perpetrate evil. And it has been consistent.

The ease with which they collect ransom, will want to compel you to conclude that there has been some collaborations between the criminals and those who should arrest them.

It is not about saying it is one ethnic stock that is involved in armed robbery. Please, don’t let us trivialise the problems we have at hand. We have something, a phenomenon that we all have to understand before we can confront or combat it.

Would you say the six governors in the South-West are doing enough in the efforts at combating insecurity in the zone?

The question arose given the fact that before the issue of escalated killings by suspected herdsmen, there was this collaboration among the South-West governors on the issue of insecurity, coming up with the Amotekun. Don’t you think that the security network should be at the forefront of the task now?

In fact, my governor had the foreknowledge of what was to happen and, of course, he tried to reach out to his brother governors and he was able to mobilise them and convince them of the need for the Amotekun security outfit. We do collaborate and share intelligence with the other states in the South-West. We have been working.

Yes, the president said so.

But did you think such a statement would be enough to address the issue of insecurity?

Of course, there is a law in this country that is against the illegal possession of firearms. So that should be applied and it does not have to be against the herdsmen alone, but against anybody that possesses firearms illegally. Why do people get disturbed? It is because there seems to be this indulgence and people will want to conclude that a particular set of people are being pampered. And they have a sufficient reason to so conclude.

As part of the measures to curb the activities of these criminals, the Oyo State governor, Engineer Seyi Makinde, recently said any baale that is allocating land to foreign settlers among them should get them registered…

I want to start by saying that no baale even has a right to allocate any land. You are allocating people’s land; families’ land. They are irresponsible criminals; many of them are.

It is not about registering the foreigners, but registering them to do what? Are you registering them to take over land such that while they are doing their own, our own people would not be able to do their farming? They would bring their cows, rice or tomatoes. It is genocide; they want to kill our people. Let nobody play politics with this. It is a serious issue. They bring their food, their onions and all other things, but our people cannot go to farm. How do you justify that? How do you explain that? Our people will go to farm and they maimed; they get raped and they get killed, while you bring your things with ease? No, it is just not right.

As we are still battling with the issue of insecurity, a local hero came up, Sunday Adeyemo (aka Sunday Igboho). How would explain his activities so far?

Well, you see, that our aburo has not done badly. I was hearing about him among politicians before the issue of insecurity came up. But, of course, he is from that place. You don’t expect him not to react. You killed his people; you maimed them and you raped them. To even release the bodies of the victims, you collect N2 million, N5 million, and up to N11 million. So, who would accept that? I support his activities on that. I will also do what he is doing.

It was rumoured that his bank accounts have been frozen…

You know I am in government and I know how government operates. We are not privy to whatever information that the Federal Goverment may have. So, don’t let us conclude until we know why. This is because the governor of a state knows so much and he will not come to the Facebook or anywhere to come and join issues with anybody. They would not even tell you why they think they must do what they have to do.

Maybe the bank accounts they saw are not really that of Sunday Igboho. Maybe, they are linked to one person who is wanted or linked with one illegal activity or the other. So, let us just wait for them to explain why. And in any event, those whose bank accounts were frozen, a court of competent jurisdiction just said that they should be defrezed. So, why don’t you allow the rule of law to operate in that regards?

But as far as the defence of his people is concerned, nobody can fault Sunday Igboho; I cannot fault him.