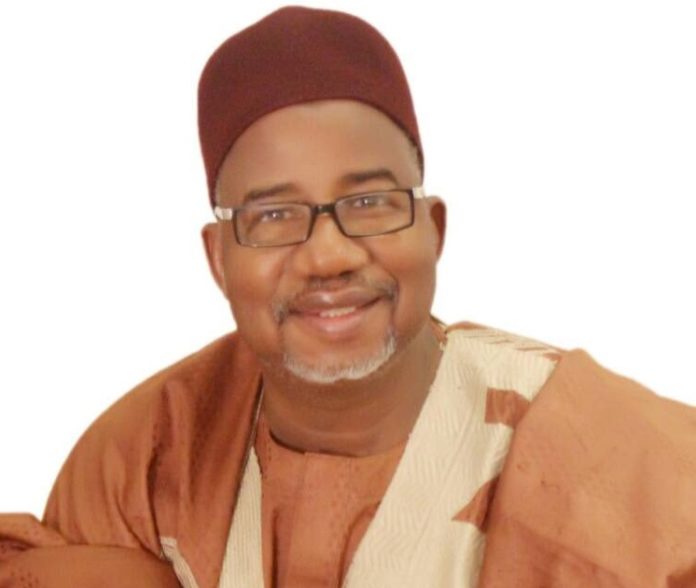 Advertisement
In probably the most provocative, ethnically insensitive statement ever uttered by a governor since the return to civil rule in 1999, Bauchi State governor, Mr. Bala Mohammed, declared last week that Nigerians should not blame the killer herdsmen who have placed Nigeria on the spotlight on the Global Terrorism Index through their murderous onslaughts on farmers and other citizens across the country, as they were only protecting themselves against cattle rustlers.
Although Mr. Mohammed, stunned by the massive condemnations that trailed his outburst, has tried to walk back his comments, his status as a defender and enabler of the murderous group has been irrevocably cemented.
Speaking as Special Guest of Honour at the launch of the inaugural edition of the Bauchi Correspondents’ Chapel of the Nigeria Union of Journalists (NUJ) magazine, titled Correspondents Watch, Mohammed had claimed that the forests where the herdsmen grazed their cows belonged to nobody.
Excoriating his colleague in Benue State, Samuel Ortom, for promulgating a law banning open grazing, and the people of the South-West geopolitical zone for refusing to “accommodate” the killer herdsmen, Mohammed had said: “The West doesn’t want to accommodate other tribes (sic) but we are accommodating your tribe in Bauchi.
“We have Yorubas who have stayed in Bauchi for over150 years. Some of them have been made permanent secretaries in Gombe, Bauchi and Borno. But because the Fulani man is practicing the tradition of pastoralism, he has been exposed to cattle rustlers who carry a gun, kill him and take away his cows:  he has no option but to carry AK 47 because the government and the society are not protecting him. Nobody owns any forest in Nigeria, it’s owned by Nigeria.”
Predictably, Mohammed’s utterances sparked nationwide outrage. Governor Ortom, expressing his shock at his call for lawlessness, challenged him to show which section of the Nigerian law supported herdsmen’s free movement around the country with sophisticated weapons. He wondered if Mohammed knew a thing or two about the horrendous activities of herders given his emotional defence of their atrocities.
On his part, Ondo State governor, Rotimi Akeredolu (SAN), said the Bauchi governor had, by his conduct, shown that he was unfit for office. Walking back his comments, which were captured on video tape, Mohammed,  in a statement issued by Mukhtar Gidado, his Senior Special Assistant on Media, claimed that the primary objective of his comments was to avert the dangerous prospect of a nationwide backlash and generalisation of the Fulani clan as criminals.
According to the statement, “The primary objective of the governor was to avert the dangerous prospect of a nationwide backlash as tempers flared and given that the phenomenon of inter-ethnic migration is a national pastime involving all ethnic groups in Nigeria.”
However, this “clarification” is, to say the least, cynical and entirely groundless. If indeed Mohammed’s objective had been to point out that that not all Fulanis were criminals, then he would have said exactly nothing, because that point has never been contended by intelligent Nigerians. Pray, if Nigerians thought that all Fulanis were criminals, would they have elected Buhari, a Fulani, president on two occasions?
Mohammed declared the South-West, acknowledged by President Buhari as Nigeria’s most tolerant locale, as a hostile zone to the Fulani, and condemned his colleague governors for protecting their people from the murderous Fulani herders who thrive on bloodlust. How can that be a way of proving that not all Fulani are criminals?
In any case, it is tragically illiterate that a state governor could declare that there are no forest reserves owned by states. It is clear that Mohammed was not referring to Nigeria’s constitution but to the inner recesses of his own mind where killer herdsmen occupy a position of suzerainty over other Nigerians.
Governor Mohammed’s rich history of bigoted statements is certainly portentous. In September 2019, he discarded Nigeria’s sovereignty, declaring that Fulani herdsmen from Chad, Niger and other neighbouring countries would benefit from the National Livestock Transformation Plan being championed by the Federal Government.
He said: “The Fulani man is a global or African person. He moves from The Gambia to Senegal and his nationality is Fulani. As a person, I may have my relations in Cameroon but they are also Fulani. I am a Fulani man from my maternal side. So, we cannot just close our borders and say the Fulani man is not a Nigerian.”
As we pointed out in an editorial, Mohammed’s position posed serious risks to Nigeria’s existence as a sovereign entity. We noted that a system whereby members of a particular ethnic group showed no regard for national barriers could not be ideal, as it was not the way modern states were run.
As we noted, there were people of Yoruba ethnic stock in several parts of the world, including the Republic of Benin, Togo, Ghana, Brazil, among others, but no one had ever suggested that these ‘transnational Yoruba’ had the same status in the country as their counterparts in the South-West.
Governor Bala Mohammed’s defence of killer herders shows clearly that he places no premium on the lives of Nigerians outside his ethnic stock. The verdict is inescapable that he is undeserving of the exalted office that he occupies.
Culled from the Nigerian Tribune (16/02/2021)
Advertisement