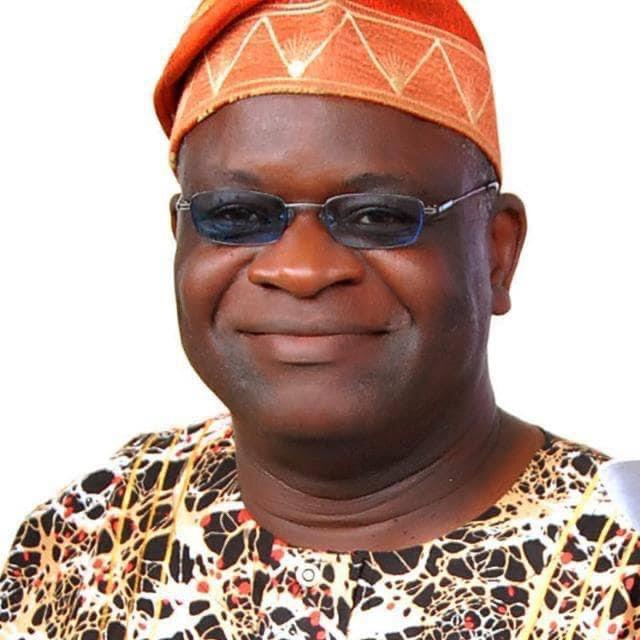 A socio-economic and cultural group in Ekiti State E-11, has commended a boardroom guru and business expert, Chief Kola Akosile, for his contributions to the development of trade, industry and investment across the country.

Akosile is billed to deliver a paper, titled “Financial Capital for Agribusiness: Identifying and Harnessing Opportunities”, at a programme organised by Nigerian Stock Exchange (NSE) in Lagos, on Thursday.

The group of Ekiti professionals also described the election of one of its members, Air Vice Marshall Rufus Adeniyi Ojuawo (Rtd), as the chairman of the Ekiti Golf Course as deserving and well thought-out.

E-11, in a statement by its Publicity Secretary, Adeoye Aribasoye, on behalf of the General Secretary, OSCA Seyi Aiyeleso, applauded NSE for acknowledging Akosile’s contributions to business development and for deeming it expedient to tap from his intellectual prowess in the sector.

Aiyeleso, in the statement, said the invite to Akosile is another unique opportunity for the business guru to demonstrate his scholarship in business growth and industrial development.

“We are proud that one of our own is deemed worthy of being invited to present a paper that would further build the country’s stock exchange market,” he said.

Aiyeleso appealed to Akosile not to relent in his efforts to building a nation where business and industry will be taken as pivots of the economy .

Branding Akosile as having the cognate experience and highly qualified to deliver such a paper, Aiyeleso said: “He is an investment banker, industrialist and serial entrepreneur.

“He is presently a National Vice President of NACCIMA, where he is the Chairman for the MSME/SDG Trade Group and Vice-Chairman of the Agribusiness Trade Group.

“He was the past chairman of Manufacturers Association of Nigeria (MAN), South-West and presently the Chairman of the Technical and Advisory Committee of Technology Incubation Center (TIC), Ado-Ekiti.

He previously served as a Council member of the Ease of Doing Business (EODB) and Open Government Partnership (OGP) in Ekiti State. He was at a time a member of the Governing Council of Federal Polytechnic, Ede,” the statement read.

Akosile, who had sat over many business interests, including banking, commerce, mines, agribusiness, and industry in the country, is the chairman of E-11, a body overseeing industrial growth in Ekiti through effective and robust partnership with the state government.

In another statement, Chairman of E-11, Chief Kola Akosile, applauded the election of Air Vice Marshall Ojuawo (rtd) as chairman, Ekiti Golf Course, saying the retired military top brass would bring his wealth of experience to bear in radicalising the outdoor game and launch it to prominence as a sport that can unite and develop the people.

Akosile, in the statement signed by E-11’s Publicity Secretary, Honourable Adeoye Aribasoye, saluted the Golf Course Club for putting a round peg in a round hole with the choice of AVM Ojuawo for the position.

The E-11 chairman expressed confidence that AVM Ojuawo would live up to expectations to pilot the club’s affairs with integrity, honesty and competence.

Akosile urged Ojuawo, as a respectable and prominent E-11 member, to strive to make the Ekiti Golf Course Club a force to reckon with in the state and beyond.

“Golf Course Club is not only a sport’s promoting body. It is also a socio- economic group, which membership encompasses the creme-dela-creme in the society from the political, social, public, private and cultural sectors.

“With Ojuawo as the chairman, we are confident that there would be a leveler in the Club. There won’t be any room for sectionalism and primordial sentiments that can disunite the Club.

“With him in the saddle, the task of building a virile Ekiti, in terms of economic prosperity through sports development is guaranteed, because he is development-driven personage, with inelastic passion for the growth of Ekiti people.

“Going by the membership of the Golf Course Club, we know that there would be a synergy between it and the government of Governor Kayode Fayemi on the development of sports and the improvement of general wellbeing of Ekiti people.

“On behalf of E-11, I congratulate AVM Ojuawo for this deserving Investiture and I wish him a rewarding tenure as he superintends over the affiars of the prestigious and respectable club,” Akosile stated in the statement.