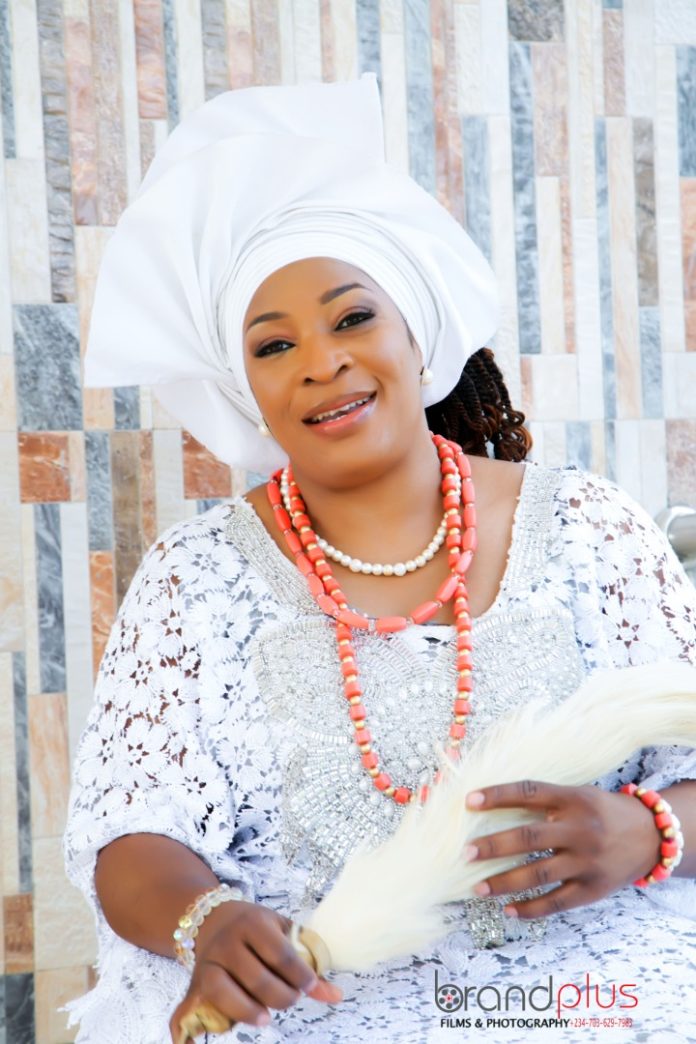 Ms Bukky Ojo, a tourism enthusiast, is the founder, Canada Participate, a story-telling platform for publicity, content creation, marketing and company management. She spoke with the Newscoven.ng at the 2021 World Tourism Day celebrations, hosted by Ado Awaye, Oyo State and held on Monday, at the base of the Iyake Suspend Lake.

What are the specific things your organisation, Canada Participate, do?

In Canada, I am a publicist and there are different types of publicists that you can have. I do more of content creations. I do a lot of writing and editing, creating, revisiting and repositioning contents to figure out what the next one will be. I concentrate on writing. I constantly get involved in events so that I can write about them. I constantly do marketing. One of the major works I do in Canada is that I create contents for these companies and their sales; I help in the process itself.

You were so active at the 2021 celebration of the World Tourism Day held at the base of the Iyake Suspended Lake, Ado Awaye. What was the excitement all about?

I heard about the Iyake Suspended Lake approximately a month and half ago. It came about when I was just gisting with my fiance that this is thing that they are doing at Ado Awaye.

Honestly, I got interested because the first thing I normally do as a publicist is to research any information that I got. I read more about the lake and I got intrigued. There and then, Kabiyesi, the Alado of Ado Awaye, Oba Ademola Olugbile Folakanmi, adopted me as his daughter. I decided that I want to be a part of the event: ‘Let me go and see things by myself. It is not someone telling me what happened’.

So, you see, yesterday (during the celebrations of the 2021 World Tourism Day), I came as Canada Participate which is a story-telling platform where we look for events that are rich in tradition and culture and then we participate and tell the story to Nigerians in the Diaspora. It is about telling them ‘e ma gbagbe ile o. This is what is happening now; this is who we are; this is about your culture that you may or may not know about. This is what they are doing back home and this is how you can participate and things like that.’ That is the story we tell. We tell it in an engaging and an entertaining way.

Did you climb the mountain to see the lake?

I have been here a week before and I got to the top top top; I went beyond the Iyake Suspended Lake. I got to the other sides because I was also looking at the possibility of organising camping there. So, I noticed that doing the camping around Iyake is not the wise thing to do. I went around to look at the other places where we can have the camping.

It is a mountain and the elevations are at different parts of the mountain. If they are going to take my advice, it is looking more like the camping is going to happen way before where we have the Iyake Suspected Lake. This is because there is this part, even though I saw it almost looks like a forest, it has a low-level plain and flat surface on the paths of the sideways that were created. I think that would be the most appropriate place that we can look into to do the camping.

In terms of potentials, how do you see the Iyake Suspended Lake and, by extension, Ado Awaye contributing to the socio-economic development of Oyo State?

I will say that the Oyo State government should be the first to contribute to the development of Ado Awaye. I have been saying it out that first impression matters. It is by default, because of the infrastructure that is out there, that Ado Awaye is making money and the money reverts back to the government.

If Ado Awaye is pulling crowd to the community, you have to pass through Ibadan, Abeokuta, Iseyin and some other places. You may stop to buy fuel, food, water; you may want to lodge in any of those places because there is no hotel in Ado Awaye. When we came, we went to sleep in Iseyin. All these things filter; they find their way and they become a big, huge loop. But that is not even where my concern is.

My concern is that, for us to be able to do that, we need the government to inject into Ado Awaye first because first impression matters. We came to Ado Awaye and we have been told that, for the last three years, they have not had electricity; the people have been in darkness for three years. There is no access to good water; there is no access to cold drinks or even fan. 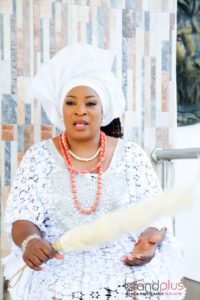 I wanted to do my video recording, I was worried that if they put on the generator, the noise coming from there would infiltrate into the recording. How do I go about it? These are questions and issues that, even if I don’t open my mouth to talk about, they are there. We cannot pretend that they are not there.

And so, if you want the people who can spend the money; the ones coming from Lagos, Ibadan, Abuja or even the ones coming from the Diaspora to come and spend their money here, you need to put some things in place. The people have to be able to go back and figure out that there should be a level of comfort that they are going to enjoy when they come. We know that Nigeria is invested with mosquitoes, but one of the things you can endure with the mosquitoes is if you have the fan running. At least, you know that, with the fan running, to a certain extent, you will be fine. We don’t even have electricity for that.

Take things into perspectives: there has not been electricity in Ado Awaye for over three years and still going. How do you even function? Those who are in authority that are supposed to make this work, how do they go to sleep at night? How can an hairdresser do her work without electricity? How can a barber do his work without electricity? How are the other artisans going to do their work? We need them to be able to do their work because that is the economy of the community.

If we are reverting the economy back to the state government, then the hairdressers would be able to do their work and they would make money and use the money to do other stuffs. The barbers would be able to do the same thing. Those who are buying fuel to power their generators are spending about N2,000 everyday. Can you start to calculate how much that is in a year? There is 365 days in a year, multiply that by N2,000. That is N730,000 in a year.

Let us start putting the numbers in; it is not just us talking about it. Perspective is what I am doing now. How do those who are responsible for this go to sleep at night and just pretend that this is not a problem? They are now saying Ado Awaye has a suspended lake. They should shut up: they should not even say anything. We don’t want to hear that from them because Ado Awaye does not have anything until the things that are supposed to be there are put there.

Ado Awaye needs electricity; it needs access to good roads; it needs water; it needs the living conditions to be a little better. We are not asking for the gold; we are not asking for the world. But you want to draw people who want to spend money You want them to come and spend money here. They would not throw their money into an empty space; they would not drop their money into the Iyake Suspended Lake. They would buy bread, water and other foodstuffs from the local traders. They would buy souvenirs; they would buy puff puff and akara from the streets. They are going to spend that money.

I wanted to eat suya but the only malam selling suya in the whole town had closed by 7’o’ clock in the evening. This is because if he should buy the meat in excess and he could not finish selling it, where would he keep the excess meat? How is he going to preserve it? We should start putting all these things into perspective. The money that Ado Awaye has the potential to make from tourism needs to come from the government first.

You have said beautiful things on how to improve the infrastructure on the community. Using your contact, do you think you have a role to play to get across to the right authorities?

Yes, 100 per cent and so help me God. Canada Participate is a story-telling platform that we spend money on ads. When we put the whole thing together, we would now start to target the ones that we think should see it. The hope is that we can encourage them to see it and think about what they also do.

Generally, do you think the government is paying enough attention to tourism in this country?

No, they are so lazy. Our governments, if you are hearing me, all of you are lazy; and you are not only physically lazy, your mind is also lazy. You can’t think just beyond the immediate. Get up and get your mind up and start to think carefully that when oil dries up, when they stop using oil…the oil doesn’t dry up, some people will argue with me, but the Americans no longer using oil anymore. They are no longer using oil for their cars and machines anymore. Tesla has gone over and beyond that now where you use very little electricity and even where you use to power most of the things now.

There is one company that I saw that Microsoft is powering. It has these turbines out there and they are all water. They use water to power the whole building. They don’t use electricity for their air-filtering systems. The world is changing and so, for our lazy-minded officials, and I say it with all sense of respect, that you will be responsible for the fact that the things that you are supposed to have been doing now, but that you are not doing shall become so obvious in the near future.

But here, our own fathers and people in authority are not laying anything and they expect us to lay. But we have to lay something, otherwise it becomes a vicious cycle. We need to break it; we need to find a point to break that cycle, otherwise, who are we deceiving? People do complain, but I said it when I was giving a momentary talk at the World Tourism Day celebrations that we should stop complaining within our living rooms; let us take our complaints to the ones who need to hear them. People are used to talking and complaining about the type of government we have. Let us bombard them with our complaints. That is the only option we have. That is my take.