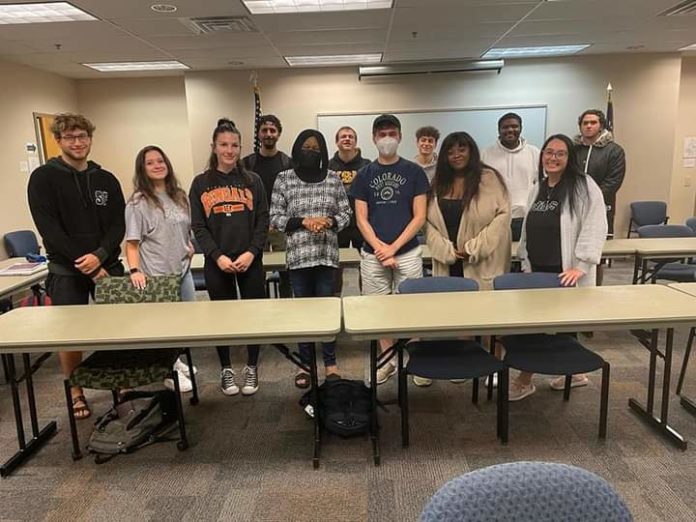 Confronting Inequality To Promote Change: A Case-Study Of Women In Nigeria Since Independence

In order to write this voluminous book in 40 minutes, I thought of a device which might work out that improbability.

I shall be mostly definitive and as close to the topic as possible, sticking to the order of these words of the topic as much as I could.

This is our struggle. Our advocacy. The stormy or silent protests. The riots. The laying down of life and limb on the bloc against gender oppression. Indeed, our presence in the middle of a sea of men to register our equality in very practical ways and in very dangerous circumstances not considered feminine.

The choice of clenching our feminine fists at the moments of detention and brutality. This is the struggle of our mothers pre-independence, our legacy post-independence, which we go to bequeath to our daughters far ahead into economic colonialism.

I consider the natural advocacy and the consequential advocacy in the context of our confrontation or confronting. The Natural Advocacy falls in the territory of womanhood. She will naturally resent, maybe resist, an unfavourable treatment of – or policy on – maternity around the social space or elsewhere.

The Consequential Advocacy is dependent on emergent issues like a new tax regime, for instance. How a woman confronts an emergent tax order must be consequent on a lot more than her natural sexual attributes.

I must add that modernity (civilization) has both aided the confrontation with new tools and ideas, and has taken away from the advantages which existed in primordial trado-cultural corridors.

The inequality narrative sags in this sense in parts of Southern Nigeria where the female deities, fiery ladies and first females, were guaranteed a pride of place. Our key case-studies in this regard situate at Aba 1929, Egba 1946-47, Lagos 1947 onwards.

There are female deities in the front of Yoruba spirituality. Osun, Oya, Aje, Edan paid obeisance and worshipped by the male heads. This rubs off, believe me. Feminine shrines where kings bow. There is Iyalode in every town and village, a huge chieftancy in the King’s Council reserved for women only in Yoruba land. The inequalities suffered by Nigerian women are unequal. This should lead us to “in Nigeria” (in the topic) but we will not succumb to that tempt right now.

Broadly speaking, we understand this phrase but it may not stand total scrutiny in the sense that some of our confrontations are effected to resist change. Some of the recorded women protests and activism were directed against the introduction of taxation (flat tax for women). There was the “woman’s job” in Southern Nigeria. The woman operated her space in the economy but she was not a direct player in the wealth-creation sense. She was not a tax-payer. We shall see how the change intended by the colonialists led to upheavals.

The woman defended her advantage against the change. However, the change to a non gender-violent social situation. The change towards the rise of the girl-child. The push to equalise the genders across life, as far as the push could reasonably go, has been more as generations cycle into the currents of civilization. As men begin to weave and plait the hair of women for a living. As women go to war as soldiers, and so many are now neither man nor woman in a world with fluxing gender agenda, LGBT, LGBTQ+ etc. Yes, we mostly promote change.

As I said before, it is a whole book which I am sure will be written some day but surely not today. Let us imagine that we attempt a preview of that book in its formation rather than futuristic review.

In studying the inequality confronting the Nigerian women, we need to bring certain comprehension of Nigeria into focus.

This is not precisely the case with the South of Nigeria. The inequalities in Southern Nigeria are determined by culture and tradition, which are not far from the religious essence too; not accurately in the northern sense.

In the North (less the Middle Belt region, a buffer between North and South), the girl-child is the preferred child. She is pampered and kept till she goes off at tender age into mercantile matrimony. So, the preference was never to her benefit ab initio. Let’s not talk about the fate of the northern boy today but if you read Nigerian news, you might have a fair idea what he does right now.

But by certain paradigm, a subtle, silent confrontation has been ongoing. The children of the northern elite are keenly exposed to Islamic education. This is foundational and affects both sexes. Then they are delivered into Western education and culture, with the Arabic civilization always dripping in, in varying doses. It is not the same among the poor. They both get the Islamic education but both are denied Western education.

The Middle Belt is a confluence where the two religions and their attendant civilizations relate, conflict and contest.

Yet, in that Islamic North, we have had the first and only female Chief Justice of Nigeria (CJN), Justice Alooma Mukhtar, July 2012. Never mind that a southern female, Folake Solanke (SAN), became a lawyer in 1962 and the first female Senior Advocate (SAN) in 1981.

I am saying that women from both sides and occasionally from other sides in Nigeria always have these symbolic equality status but it is not ever systemic as are the programmes which keep the glass ceilings intact. There are a few female ministers, legislators, etc. Too few. A scanty deputy governors but never one female governor in 61 years.

Too many times, females are favoured into high offices, not in their own rights, but often as proxies of male interests which consider them suitable options or alternatives for some reasons. We could, therefore, see soft power, pillow talk and filial factors as the agents of silent confrontation to engender change in the northern axis.

These are not absent in the South either, but we have several women in nil-harem situations staking and laying claims in their own right. See Forbes on the richest Black African woman – Folorunso Alakija, an oil magnate.

The question then arises: how many such spaces are available? Where are the other Nigerian women in that category filled by men in the North and in the South?

It is a long distance from the start now. A lot of progress achieved but people are still shocked to hear that some parents still choose the gender which goes to school and the one which stays behind, even in the extra-harem situation of Southern Nigeria. There is work ahead.

Gender violence rages on like wildfire. Work-place inequalities and sundry gender conventions are standing goals waiting impatiently to be attained. Confronting inequality in post-independence Nigeria will not be roundly understood without its precursor in pre-Independence Nigeria.

The Nigerian woman in the South-East and the South-West had reasons to confront the white colonialist in 1929, 1940, 1920 – 1950s. These were moments when the women of Aba in the South-East all the way to Calabar and Portharcourt in the South-South resisted a new tax regime directed at women. Nwanyeruwa was the leader of the revolt in pre-Independence South-East.

In Egba land, the women outrage which led the Alake, Oba (Sir) Samuel Oladapo, to temporarily abdicate was led by Funmilayo Ransome-Kuti, mother of the inimitable African music colossus, the late Fela Kuti. And, of course, the serial confrontation at the Lagos end by Alimotu Pelewura’s market women organisation.

The culture of confrontation on gender basis is not strange to Yoruba tradition in South-West Nigeria. In fact, the extreme version of female protest is represented in the negative nudity of females in broad daylight. It is a taboo for females to come out naked. It might compel a king to abdicate. This has been dubbed undress to redress, nudity in demonstrations, etc.

“Idowu” (they called him by his natural name, not royal title). (Idowu is any child born after twins in Yorubaland, male or female). You have been ruling us with your penis for authority, as our husband…We, the women have come to show you with our vagina how authority works. You men, the essence (heady) of our vagina will judge you”.

Education, globalisation, media technology are a few of the instruments of confrontation which modernity affords us. It would have been a lot more difficult to battle the menace of inequality also being multiplied by this same modernity.

The airplane and other techs take Nigerian girls to Italy for prostitution and all over the Middle East, the Gulf trafficking in human beings. We are confronting that ugly heritage from our collective human past. My NGO, Women Arise, must have dealt with over 5000 cases of gender violence, mostly domestic violence against women. It rages on!

I must end on a note which is a little beyond semantics if it sounds like one. This is my preference for a push for equity instead of equality. To fight for numbers instead of unmeasurable concept. To confront inequity rather than inequality.

I don’t believe we could gain equality by deploying unnatural inequality. I am comfortable in my womanhood. That is a dependable natural fact. I do not desire certain equalities and improbable equalisation must be futile.

I do want more female presidents, female governors, ministers, CEOs in top 100… equity is countable, equality is an uncountable ideal. I want equal numbers but not equal mass of muscles. I do not want equal mass of facial hair or equally diminished mammaries. There is a great reason we are called mums.

At core, we are not equal. That unnatural un-equalness has led to confrontable inequalities. We could treat the mess with the focus on equity and easing up a little on equality. We are simply not designed to be equal but also for neither to be superior or inferior.

Rather than seek equality and leave the Senate seats to chance, let us seek 50 out of 100 seats. But if, per chance, that aspiration to 50 out of 100 is equality – which I mistake for equity – then, I apologise profusely and I duly fall in line.