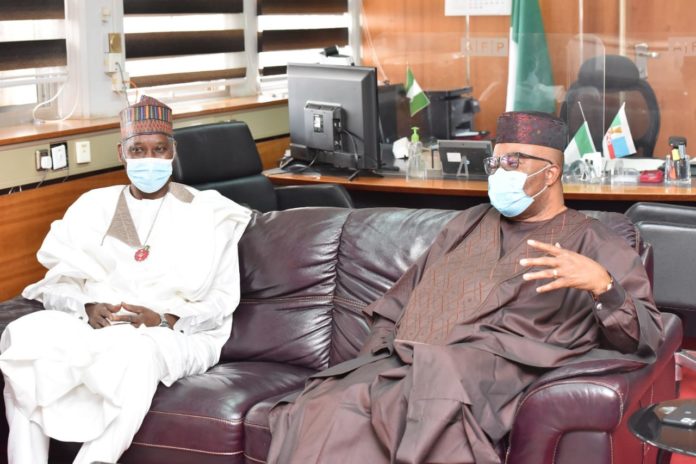 Minister of Niger Delta Affairs, Senator Godswill Akpabio, has appealed to the United Nations (UN) to consider giving necessary support in the production of malaria vaccine.

Doing this, he said, would help to save millions of people that are dying from malaria-related diseases every year in the Sub-Sahara Region of Africa.

He made the appeal when Nigeria’s Permanent Representative to the UN, Professor Tijani Bande, paid him a courtesy visit in his office in Abuja.

Akpabio said the Sub-Sahara Region has long been tagged as the ‘white man’s grave yard’ due to the devastating effect of malaria disease, adding that it has been neglected for the last 50 years of medical advancement while COVID-19 pandemic has attracted so much attention.

The former Senate Minority Leader said: “Healthcare delivery system is a major issue within the region and in Africa. Malaria kills millions of people every year more than COVID-19.

“The ministry would be very glad to partner the UN in the area of climate change, environmental issues, social inclusion, empowerment programmes and education to reduce the effect of underdevelopment occasioned by continuous oil exploration and degradation in the region.”

The former governor of Akwa Ibom State, noted that the Federal Government was carrying out the Ogoni Clean-up with the support of the IOC’s and international community.

He, therefore, appealed to the UN for intervention in other areas of the region affected by oil exploration and facing the dangers of oil spillage.

He said issues relating to the region were crucial and that the region should be provided with adequate health facilities, schools, empowerment programmes for youths and equally tackle environmental pollution as result of oil exploration.

The Nigeria’s Permanent Representative to the UN stated that empowering the youths is planning for the future as it gives them hope and also reduces insecurity.