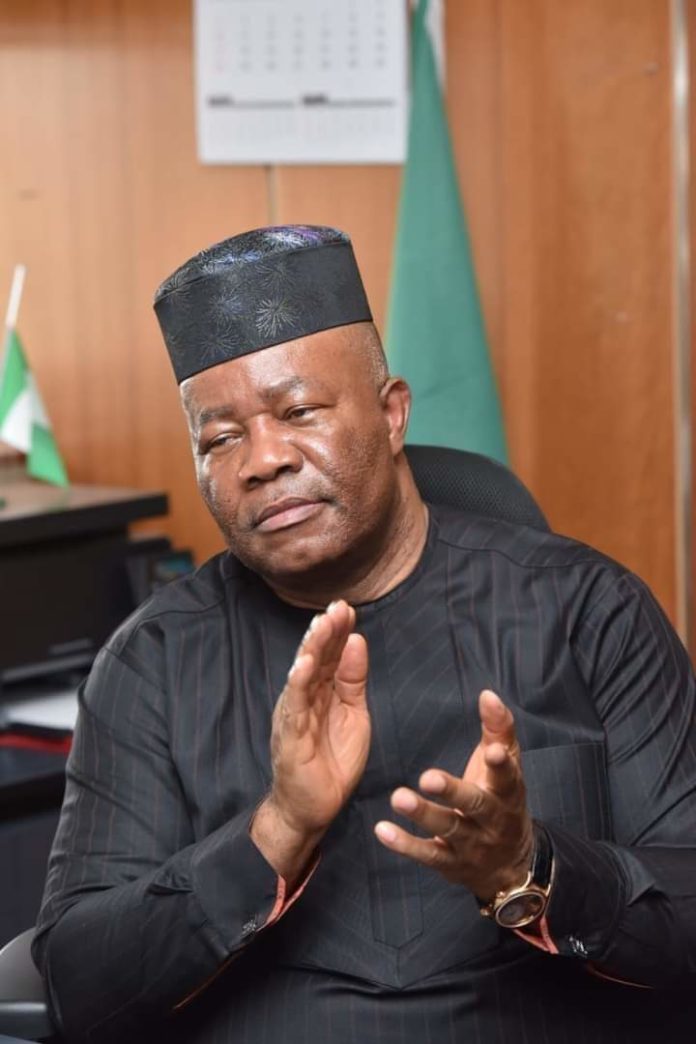 Senator Godswill Akpabio has clarified that he is still in the race for the post of the president in the 2023 general election.

He made the clarification in response to report making the round that he has withdrawn from the presidential race, describing the report as a joke taken too far.

Akpabio who, until today, is the Minister of Niger Delta Affairs, made the clarification in a statement by his media aide, Jackson Udom.

“Our attention has been drawn to mischievously written news stories making the rounds by paid agents of some politicians, that the leading presidential aspirant, Senator Godswill Akpabio, has purportedly withdrawn from the presidential race.

“This is a joke carried too far. This is certainly the handiwork of those who are scared of contesting against Senator Godswill Akpabio” the statement read.

Udom further stated that Senator Akpabio has resigned his appointment as Minister, Niger Delta Affairs Ministry and will soon submit his Nomination Form, in line with the guidelines of his party, the All Progressives Congress (APC).

“For those behind this lies and falsehood, we advise that they should learn to live with the reality that Senator Akpabio is fully in the race, not only for the APC ticket, but to emerge as the next democratically elected President of the Federal Republic of Nigeria,” the statement added.